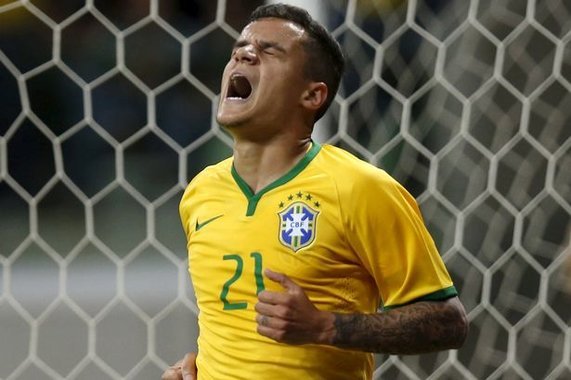 On the back of his impressive start to the season, Brazil boss Tite has confirmed that Liverpool talisman Philippe Coutinho will play a big role in their upcoming World Cup qualifiers with the the 24-year old expected to replace Chelsea star Willian in the starting eleven.

“Why Coutinho instead of Willian? There’s a reason he is called the Magician,” enthused the former Corinthians manager. “With his passes, Coutinho opens the lines, creates space. I like his mobility,” explained the Brazilian, a man who knows a thing or two about football. “He was influential in both games when he came on,” added Tite, thinking back on last month’s matches against Colombia and Ecuador where Coutinho had a big impact from the bench. “It was a difficult decision for me, but right now this is Coutinho’s moment. And in football, you have to follow the moment. The two appearances by Coutinho… his moment, the composition. It is with mastery, not only because the opponent was tired.”

That, coupled with his performances in the Premier League, have certainly made an impression on the veteran tactician, but with Liverpool set to meet bitter rivals Manchester United in their first match back from the break, it’s really not the best news for Reds fans. Brazil faces off with Bolivia later on today before travelling to Venezuela on Wednesday — which means that the 24-year old probably won’t be back on Merseyside until Saturday afternoon at the earliest.

Now, you can say that Liverpool coped just fine without him in the 4-1 win over reigning Premier League champions Leicester City last month after similar circumstances saw him arrive back from South America too late to make the starting eleven, but Adam Lallana was more than happy to make up the difference. After picking up a groin injury against Swansea City last weekend, we may not have that luxury with the Englishman likely to still be sidelined — and should Coutinho come back jet-lagged, the Reds could struggle to break down the Reds Devils.

One thought on “Coutinho Set to Play a Big Part for Brazil, Could Miss Manchester United Clash”