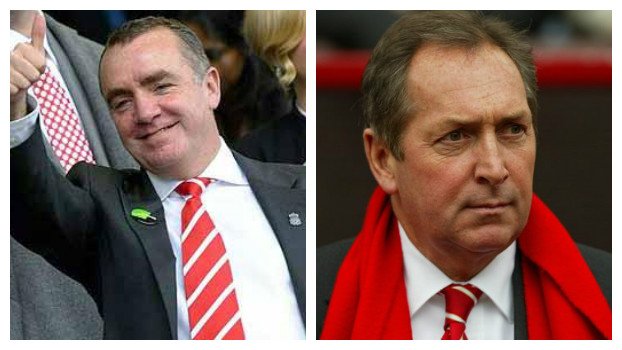 Liverpool boss Jurgen Klopp may not be interested in celebrating his one year anniversary at Anfield, but that hasn’t stopped the plaudits from rolling in for the German manager — and leading this particular charge is Reds CEO Ian Ayre.

“Whatever happens on the football pitch in the future only time will tell, but I don’t think you could pick a better character to fit this club,” he told the Liverpool ECHO. “Seeing that unfold has certainly given me satisfaction,” said Ayre, one of the main figures behind bringing Klopp in to the fold. “It is a massive challenge and won’t be without its ups and downs but in terms of did we get the right man for the job? There is absolutely no question. That stands out a mile.”

Having lead the club to two cup finals during his first season at the helm, but just barely missing out on both, the renewed sense of optimism at Liverpool is palpable with every since match truly something to savor and enjoy.

“Jurgen has brought a new impetus to the whole club,” mused ex-Reds boss Gerard Houllier. “I like his attacking philosophy and I like the way his team stays in the opposition half to try and win the ball. It is a very demanding type of football but it is spectacular and entertaining,” enthhused the Frenchman. “And I like the way he shows protection and affection to his players. Maybe he needs another year to win—we rebuilt in 1999 and had success in 2001,” added the 69-year old, who knows a thing or three about winning silverware. “But he will win trophies for Liverpool. He will get there. I have no doubt. He is a true competitor and that transfers to players.”