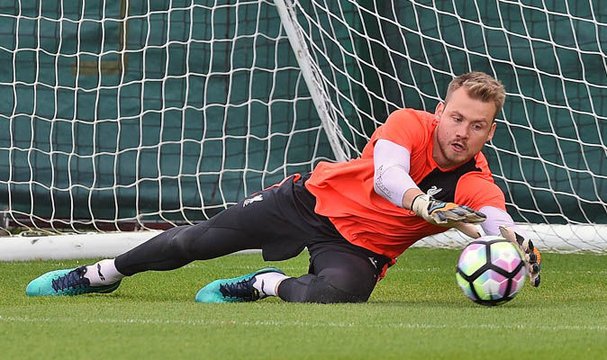 After getting back to winning ways against West Bromwich Albion at the weekend, Liverpool boss Jurgen Klopp is set to ring the changes when they host Tottenham Hotspur in the League Cup at Anfield tomorrow despite stressing that this is a competition that the Reds are taking very, very seriously.

Missing out on his first chance to lift some silverware with his new side, the German manager came up short in the final of this very competition last year when they lost out to Manchester City on penalties. Klopp has said the disappointment in the dressing room after his players picked up their runners-up medals would be motivation enough for his team to press on in this competition, but tinkering with a winning formula when you’re about to come up against a Spurs side in a good vein of form could mean that Klopp won’t be afforded the opportunity to go on and have another shot at taking the trophy back to Merseyside.

While he wasn’t exactly open on which positions he was going to juggle, the Liverpool manager did confirm that Simon Mignolet would start between the sticks — giving the Belgian some time on the pitch now that he’s had his spot in the starting eleven taken over by summer signing Loris Karius. In front of him, defensive duo Alberto Moreno and Ragnar Klavan could be drafted in to the back-line, former Tottenham trainee Kevin Stewart could join in the midfield and one of either Daniel Sturridge or Divock Origi may be afforded a spot in the Reds attack as Klopp keeps a firm eye on the meeting with Crystal Palace at the weekend.

“They are still good. Good in defending, good in attacking, not a lot of weaknesses,” explained the Reds boss when asked about Spurs, knowing full well his side are in for a test. “It will be close but that’s no problem, it makes it exciting. It’s again, what I said after the [West Brom] game about the atmosphere, I think everybody who was there thought something was different today,” added the German, calling on the supporters to keep the volume cranked. “We are not four, five, six nil in the lead but the atmosphere was really fantastic and that’s what we have to try to create again. All the other teams will make as many problems for us as possible but being really in the game as a team and a crowd that’s the thing we can still improve.”

Having failed to kill off the Baggies when leading by two, the Reds allowed the visitors back in to the game when a luck set-piece saw Gareth McAuley bundle in to set up a frantic finish. To be fair, the game should have been done and dusted at that point with West Brom ‘keeper Ben Foster the only reason it remained a contest for as long as it did, but if you play that kind of game against Spurs, you’re probably going to be punished.

Or, maybe not. Running out their second goalless draw of the week with after a scoreless encounter with German side Bayer Leverkusen in the Champions League was followed up with an unproductive outing against Bournemouth, the domineering 2-0 victory over Manchester City at the beginning of the month feels much further away. While they may be having problems in front of the net — largely due to Harry Kane’s ongoing absence — the North London side remain a hard nut to crack. With that being said, Spurs boss Mauricio Pochettino will also switch things up at Anfield with goalkeeper Michel Vorm drafted in to the starting eleven and Moussa Sissoko set to miss out after being handed a three-match ban for elbowing Cherries midfielder Harry Arter.

With both sides battling in the upper echelons of the table in what’s looking like a deadlocked race for the top spot, it’s hard to shift your focus from the biggest prize in English football to what’s clearly the smallest, but it doesn’t sound like Klopp is just paying this competition lip service. He knows this club is about winning trophies — and, being top of the league at the end of October ultimately wins you nothing. Progressing to the next round of the League Cup on the other hand? Secure that and you’re one step closer to something shiny…