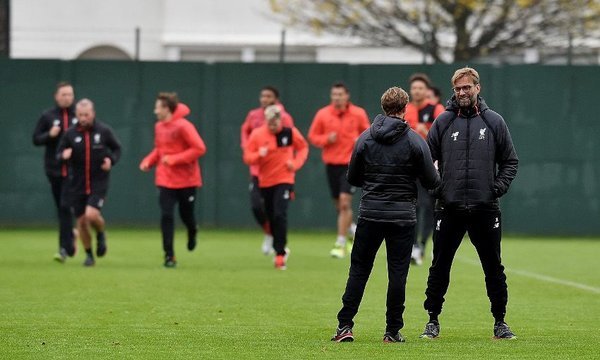 Following the international break, Liverpool re-kick-off their Premier League campaign with an away trip to St Mary’s to face off against Southampton.

Currently being a point above Chelsea, an away win against The Saints would preserve the top spot for Jurgen Klopp’s men so they will be looking to avoid a repeat of last season’s result.

Sadio Mane scored a brace the last time Liverpool visited St Mary’s – it’s just a shame that he scored those goals for Southampton that day.

Liverpool have gone from strength to strength since the two sides met in March. Having scored six goals in their last game, The Reds are now unbeaten in 12 games.

Southampton are still a dangerous opponent for the Premier League leaders. The football they’re playing this season is very organised – Klopp will know his men will need to put in a stellar display to travel back to the north-west with all three points.

If Liverpool do exactly that, then it’s fair to assume more fuel will be added to the fire that is talk of the Premier League title returning to Anfield. And rightly so. Maybe.

It’s no secret that a lot of Liverpool fans despise the international break – as many top-tier football fans should – and the hatred has, one again, lived up to its name.

Shining star Philippe Coutinho has returned from South America, with teammate Roberto Firmino, but Liverpool’s “Little Magician” is a doubt for this weekend’s fixture.

The worst thing to come from England’s 2-2 draw with Spain wasn’t that Iago Aspas scored a brilliant goal, but that Adam Lallana limped off the pitch.

It’s unlikely that Lallana will feature against the club he used to captain but it is thought that his and Phil’s absence – if any – will be short-lived.

This is where Liverpool’s depth comes into play; Daniel Sturridge will be expected to fill in for Coutinho against Southampton and Geoginio Wijnaldum for Lallana.

I’d expect Firmino to start on the left and Sturridge down the middle, in the event that Coutinho is unable to begin the game.

Southampton aren’t without their own injury troubles – Cedric Soares and Ryan Bertrand aren’t definitely going to be available but Dusan Tadic and Fraser Forster have been passed fit.

I expect that it will be a difficult game for Liverpool, much like their fixtures against Spurs, West Brom and Swansea I think it will be a slender margin.

My initial instinct tells me Liverpool win 1-0 but, as our last clean-sheet-win was two months ago, I think Klopp’s men will push hard to outscore the opponent.

After that consideration, I predict Liverpool will win 2-1.

Southampton have a very tight defence and I wouldn’t expect The Reds to put six past The Saints – and not just because Maarten Stekelenburg is now at Everton.

If you’d like to strongly disagree with me or remind me of what I’ve written after Liverpool lose 54-0, you can find me on Twitter – @StefanoHairon.