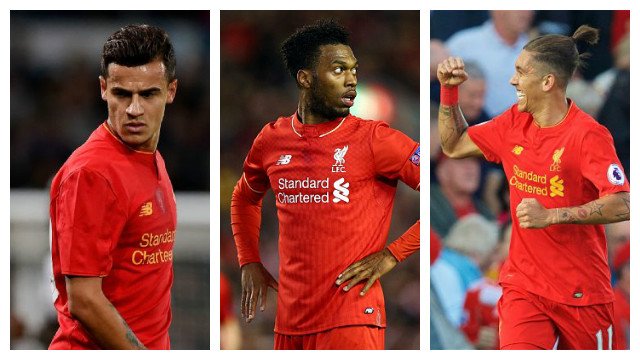 Liverpool many have kept the pace at the top of the table with two late goals seeing them past Sunderland at Anfield yesterday, but following the final whistle there were just as many questions about what the win means as there were about the injury sustained by Philippe Coutinho after a clash of feet with Mackems midfielder Didier Ndong saw the Brazilian stretchered off midway through the first half.

“We have to wait for the scan. What we know in this moment is it is something with the ankle and that’s it, so we all have to wait,” explained the Reds manager. “He had pain, but pain gets better. In the first moment, it was obviously very painful but when I saw him at half-time, he said the pain was much better. We have to wait,” added Klopp, trying to stay positive. “If I have no idea what it is, how can I imagine how long it will be [out]? I am actually quite an optimistic guy – so I hope he can train tomorrow!”

With Adam Lallana still sidelined with a groin problem, the last thing that Liverpool needed was another player sidelined, but with Daniel Sturridge a surprise exclusion from the squad today, things only went from bad to worse with the club not only waiting for Coutinho’s scan before commenting further, but also sweating over the fitness of his compatriot in Roberto Firmino after the 25-year old limped off late on with a problem of his own.

“He is much better than Phil, but has pain in the calf,” confirmed the German manager, before switching his attentions to Sturridge. “He had a tight calf. He hasn’t trained for two days and I have no idea when he is back,” said Klopp, sounding slightly exasperated. “It is not sure that he can train tomorrow, so he was out because of this injury.”