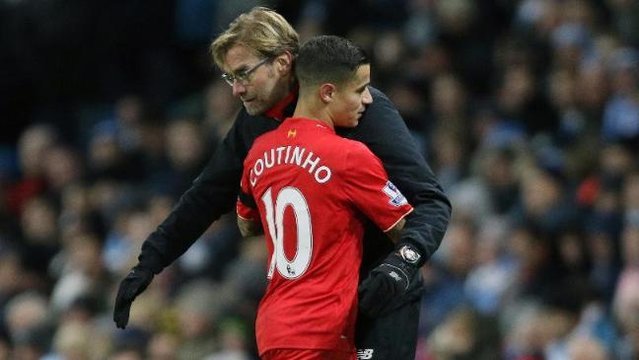 Saturday afternoon proved to be a frustrating one for Liverpool as Reds supporters were encouraged by manager Jürgen Klopp to get behind the team, who struggled to break down David Moyes’ Sunderland side who ‘parked the bus’ at Anfield, who Klopp called ‘the most defensive team he had ever seen in his life’.

It took Klopp’s’ side until the 75th minute to break down the Sunderland defence when substitute Divock Origi cut inside to see his effort from outside the box hit the far corner of the net, beating Black Cats stopper, Jordan Pickford.

Prior to the goal scorers’ introduction late into the first-half, Liverpool fans feared the worst as Brazilian man Philippe Coutinho was stretchered off in a leg brace looking in real discomfort. However, it was the 24-year-olds replacement who set Liverpool on their way to 3-points and making it 13 games unbeaten in all competitions, which was finally secured by another James Milner penalty (5th this season) in the 90th minute.

Following the final whistle, Klopp shed some light on Coutinho’s injury, “He had pain, but pain gets better. In the first moment, it was obviously very painful but when I saw him at half-time, he said the pain was much better. We have to wait.” The Brazilian is due to undertake a scan today identifying the degree of his injury.

With the Reds sitting second behind Chelsea by 1 point, Jamie Carragher spoke out in regards to Liverpool’s title hopes as a result to the injury of his former team-mate, “I think Liverpool’s 11, playing week in week out can match up to almost any team in the league, [but] have they got the squad the other sides have got? I don’t think so, to be honest.” Carragher also compared the injury of Coutinho to Manchester City’s Kevin De Bruyne, “He got an injury at a similar sort of time and was out for a couple of months. “It was a massive blow for City and it really cost them in challenging for the league. City had a better squad last season than Liverpool probably have now.”

Though Klopp’s’ Reds could lose the 24-year-old for a couple of months, it can be argued that Liverpool do have the depth to deal with the Brazilians absence. The man who scored a Coutinho-esque goal could fill the role, as the Belgian has shown that he can work for the team, more than that of Daniel Sturridge. Jamie Redknapp has also backed the 21-year-old as a long-term replacement, as oppose to out-of-favour Sturridge, “It wouldn’t surprise me if Jürgen Klopp were to go for Origi. He scored on Saturday and had a big impact on the game and I think he likes him. The former Liverpool player also added, “Daniel Sturridge has tremendous ability, we all know that, but the work ethic that Klopp wants from his team, I’m not sure he possesses that.”

Where does the absence of Phil Coutinho leave Liverpool? Should Klopp opt to start Origi as the Brazilians replacement? Will the Reds need to dip into the January transfer window? With the African Cup of Nations approaching, Liverpool could be looking light should Coutinho not be fit. Klopp could be forced to make a move for either a short-term replacement for Sadio Mane, or look to bring in a long-term addition who can challenge for a place in the starting XI. One name that has been mentioned is Christian Pulisic. The Dortmund winger has been a consistent potential target for the Reds boss since the summer but could finally make the switch to Merseyside in January.

There is no question that injuries will occur throughout the campaign. The question is, can Liverpool keep up the pace now that our key man is side-lined? Liverpool are very much capable of that, and have the depth and quality for the time being, as shown by Origi on the weekend. However, African player of the year nominee Sadio Mane leaving for international duty in January, Klopp may need to consider an extra addition this coming January should we encounter more injuries.