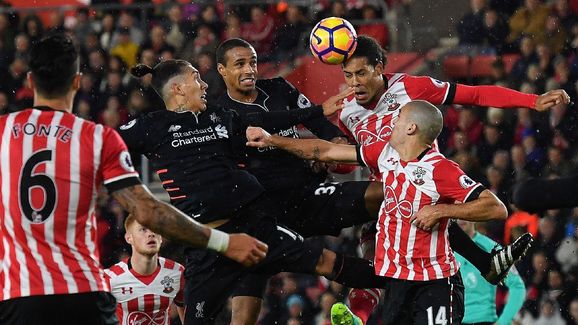 Left out of the squad that eased past Championship side Leeds United to claim a spot in the semi-finals of the League Cup, Liverpool forward Roberto Firmino and defender Joel Matip will be back in the frame for a spot in the starting eleven when the Reds square off with AFC Bournemouth at the weekend according to Sky Sports News despite both of them sitting out training on Wednesday.

Although they were likely to be rested regardless, Jurgen Klopp made eight changes to the side that beat bottom of the table Sunderland on Saturday and left the key duo on the sidelines. Having hobbled off in the closing stages of the meeting with the Black Cats, there were questions over Firmino’s availability for the trip to the South Coast at the weekend after the Liverpool boss confirmed that they’d “have to wait” to discover the severity of his calf problem.

This, of course, is great news for the Reds; with Daniel Sturridge also carrying a knock and Philippe Coutinho ruled out for at least the next five weeks with an ankle injury, the loss of Firmino would have been a massive blow to their title hopes as they go into the meeting with the Cherries — and, down the road, the hectic Festive Fixture period — without the influential Brazilian.

And, obviously, the same goes for Matip — though there isn’t really any information available about what was ailing him, the time on the sidelines spent recovering should be a boon for the Cameroonian defender going in to next month. Having come from the Bundesliga, the 25-year old hasn’t had a chance to experience the pile-up of matches that’s part and parcel of the English holiday season. Matip has played a big part in helping to steady the defensive side of thingssince arriving from German side Schalke 04 on a free transfer during the summer, so keeping him fit will high on the list of priorities for Klopp as the Reds look to keep pace at the table of the table.