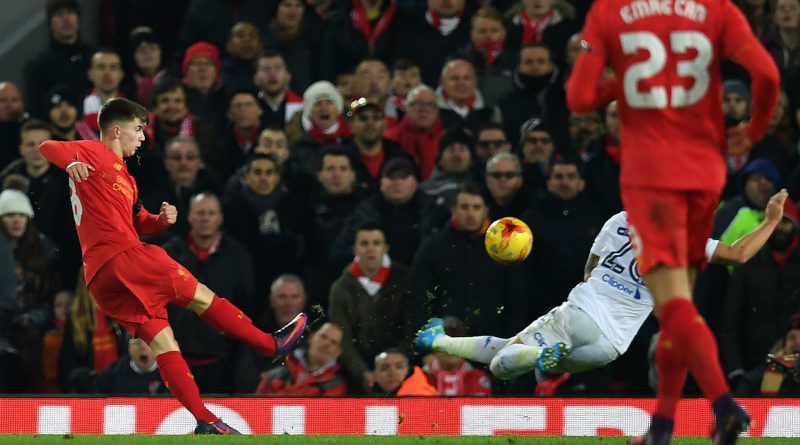 Liverpool boss Jurgen Klopp may want to keep the hype surrounding Ben Woodburn down after the youngster bagged the winner as the Reds negotiated their way through to the semi-finals of the League Cup with a 2-0 victory over Championship side Leeds United on Tuesday, but that hasn’t stopped the press — or his own players — from having their say on the Welshman.

“I want to congratulate him [Woodburn]. He is a very good player and has a very good future,” Liverpool attacker Sadio Mane told PA when asked about the 17-year old. “I hope he will keep going and working hard and I think he will be a great player,” continued the Senegalese forward. “Everyone was happy for him to score his first goal, especially in a big atmosphere at Anfield.”

Divock Origi may have given the Reds the lead when he poked home a sumptuous cross from another promising youngster in Trent Alexander-Arnold, but the Belgian was flushed from the headlines when the flicked the ball on for Woodburn to smash home and claim the title of Liverpool’s youngster ever goalscorer and set up a semi-final meeting with Southampton.

“It was fantastic. He came on in the last game for just a few minutes, but against Leeds he got a good run and just showed his quality,” said captain for the night Lucas Leiva. “It was a good goal – good finishing – and he just needs to keep going. He is still very young and there is still a lot to learn, but he is a good boy and for sure he can go on to be a big player for Liverpool in the future,” the Brazilian told the club’s official website. “I think when you have a good core in the team, when the young players come in they feel comfortable, they feel confident and that’s what we try to do – let them express themselves because their quality is there,” added Lucas. “It’s one more game for them to get experience and they just need to keep going and keep learning.”

One thought on “Mane Congratulates Woodburn, Lucas Raves About His Quality”