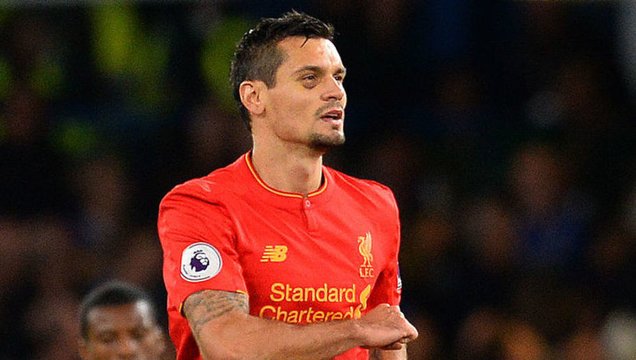 Despite some scintillating performances from Liverpool this season, Reds defender Dejan Lovren has warned their rivals that they’re not quite playing at full throttle quite yet with the club looking to keep up the pressure on Premier League table toppers Chelsea when they visit AFC Bournemouth at the weekend.

“I think we’re on 85 per cent,” estimated the Croatian centerback. “We’re in good shape, everyone is doing well, but I think we can be better,” confirmed Lovren, who has formed a strong partnership with Joel Matip since the Cameroonian arrived during the summer. “As the season goes on further, hopefully until the end we can be still in the top four and maybe even in first place.”

That, of course, is the dream . It’s a bit too early to talk at length about topping the table in May, but with December here already, Liverpool have kept pace with their rivals. Having put both Arsenal and Chelsea to the sword earlier in the season, the Reds have a leg-up on the competition as they look to secure their first title of the Premier League era. While their defensive stability remains a concern, the revival of Lovren alongside Matip and the arrival of ‘keeper Loris Karius from Bundesliga side FSV Mainz 05 in July brought some newfound steel at the back.

“For the confidence of everyone, for the goalkeeper, the defence, [the clean sheet] is great,” he told the club’s official website when asked about the 2-0 win over Championship side Leeds United on Tuesday night. “I think [Ragnar] Klavan and Lucas had a great game on Tuesday, both of them, especially with Alberto [Moreno] and Trent [Alex-Arnold] behind. These four are not playing together day by day so I think they had a good game,” added the Croatian, before going on to stress that the win is what’s important. “Of course, it’s important to have a clean sheet but when you’re in the Premier League it’s really tough. I always prefer the three points.”