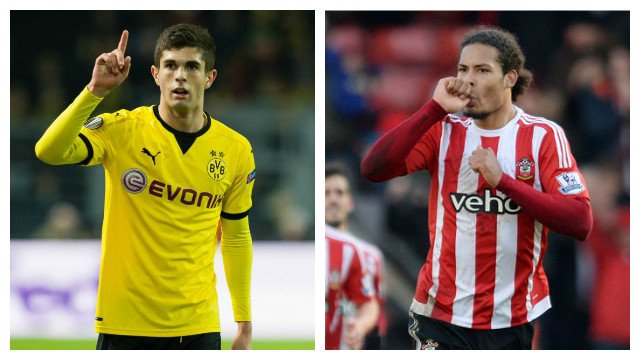 After having a bid believed to be in the region of €13mil for the services of up and coming winger Christian Pulisic rejected by Borussia Dortmund during the summer, Liverpool have been warned off making another move for the youngster in January with the Bundesliga side holding no interest in discussing his future.

“It’s not worth the effort for Liverpool,” was what BVB sporting director Michael Zorc told German daily tabloid Bild when asked about mounting speculation that the Reds will come calling again when the transfer window reopens next month. The Anfield outfit may have a whole stable of talented youngsters, but the American attacker is a particular favorite of Jurgen Klopp who was in charge at the Westfalenstadion when the 18-year old arrived at the club.

While it’s being touted that an offer upwards of €25mil would get Dortmund to play ball, there are suggestions that Liverpool will move in a different direction next month as they look to strengthen at the back instead of the front. Southampton man Virgil van Dijk is being heavily linked with taking that well worn path between St. Mary’s Stadium and Anfield, but if he does trade the South Coast for the North West, Saints legend Matt Le Tissier believes the Reds will have to part with some crazy money.

“From what I have seen this season, I’d suggest it would take between £40-50m to get Virgil van Dijk away from Southampton. I would be surprised if he was let go for anything less than that because he has signed a new long-term deal,” mused the former England man. “Celtic will have a sell-on clause and rightly so. That’s good business by them. If Van Dijk stayed for a couple of years I’d be absolutely delighted. But I doubt we’ll keep him for that long,” explained Le Tissier. “I’m hoping we can at least keep him until the end of the season because then it doesn’t disrupt things too much. Hopefully we don’t lose him in January.”