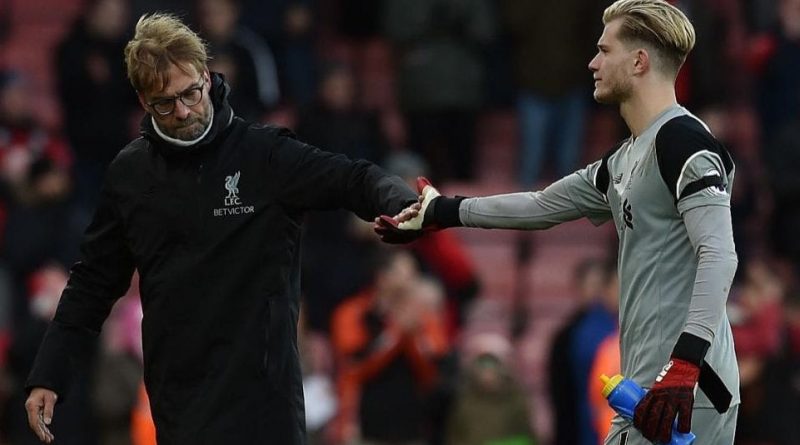 Coming in for what’s been a large part of the criticism following AFC Bournemouth’s stunning comeback at Dean Court yesterday, Liverpool ‘keeper Loris Karius has taken a pounding on both social media as well as in the press. Never one to bite his tongue, ex-Reds defender Jamie Carragher had some particularly scathing words for the German shot-stopper despite emphasizing that it’s still too soon to tell if he’ll cut the mustard at Anfield.

“In eight starts for Liverpool he has not shown me one thing to suggest he’s good enough at this level,” explained the Sky Sports pundit. “He’s yet to convince me in any game. It is still early days but he would need a massive improvement,” continued Carragher. “When your defence is under pressure, sometimes you need your goalkeeper to save it and he’s miles away [from Fraser’s second goal]. Too often in last two or three years, Liverpool fall apart when put under pressure,” added the Liverpool legend. “The back four and the goalkeeper can’t deal with [pressure].”

To be fair, it’s hard to argue with his logic; though we’ve seen an uptick in the stability at the back since the start of the season, the Reds fell apart in a big way on Sunday. Without the calming influence of Joel Matip, it was a return to the chaotic defending of old with the Cherries bagging four second half goals to snatch their first ever win over the Anfield outfit.

“Look, I’m sure people criticised Jamie Carragher in his career. I have no concerns [with Karius],” said Reds boss Jurgen Klopp, coming to the defense the embattled German. “If you make mistakes, you get criticised. That’s what happens in life, so I have no problem with that,” mused the Liverpool manager. “So if people want to say we’re blind, silly, not good enough, then do it. We missed chances today but do we have good strikers? Yes we do. And the last goal was not easy for a goalkeeper,” continued Klopp, before adding, “It says nothing about him as a goalkeeper. It happens.”