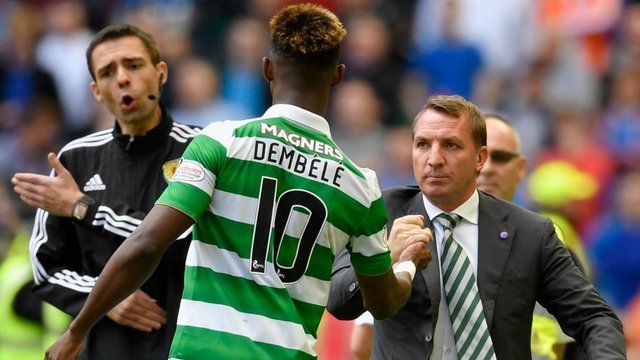 The last time Liverpool were in with a shout of capturing their first title of the Premier League era, Celtic boss Brendan Rodgers was in charge at Anfield. Though there’s still a long way to go for the Reds before we can even start talking about maybe lifting that glittering piece of silverware in May, the Northern Irishman is taking a far more optimistic approach.

“Very close, very close,” said Rodgers when asked how close Liverpool are to grabbing the title. “It’s just unfortunate the other day, I thought they were excellent in the first half (against Bournemouth). You get to 3-1, I’ve had similar games there myself, we looked like we were in control and then you lose them,” reflected the Celtic manager. “Obviously they’ve got one game a week, they can really focus on that, and I think they will be very, very close,” added Rodgers. “As I’ve said, he’s done great Jurgen, he’s got them really working, got them focused and they’ve got big quality in the squad so I’m sure they’ll be in with a great chance.”

Although they lost a step in what’s proving to be a tight race in the loss to Bournemouth on the weekend, Klopp’s side remain in the hunt and are expected to strengthen in squad in January as they look to push on through the business end of the season. Regularly linked with the likes of Borussia Dortmund winger Christian Pulisic and Southampton defender Virgil van Dijk, there’s another name that keeps popping up in the papers with red hot Celtic attacker Moussa Dembele reportedly on their radar.

“No, I don’t think it will be January,” Rodgers told British media outlet talkSPORT when asked if 20-year old would be leaving the club this winter. “At Celtic, you know how it is. We know how it is. If we get a really talented player there’s probably a cycle of a couple of years with them,” continued the Northern Irishman. “You look at (Victor) Wanyama, Virgil van Dijk, Ki (Sung-yueng) – they come up here and it’s a great platform for them to demonstrate their qualities but then the likelihood is they get a better offer, financially, and they move down south,” before resigning himself to the fact that the talented youngster will leave at some point. “With Moussa, I think that was always going to be the case.”