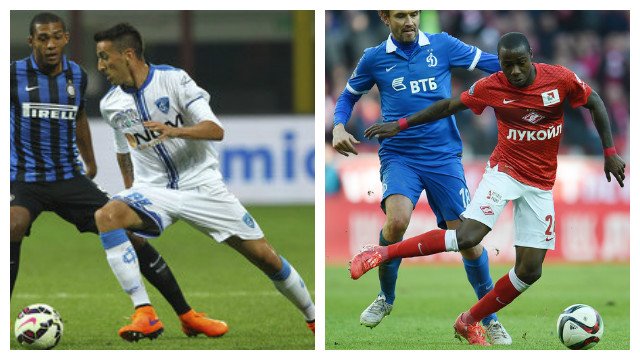 This time of the year, if it’s not the media or agents talking talking transfers, it’s the players themselves. Although there’s nothing concrete linking Liverpool with a move for Fiorentina midfielder Matias Vecino, the 25-year old created a story out of nothing by saying he’d one like to make the switch to the Premier League and which team has caught his eye.

“I think I like to do things the right way,” explained the Uruguayan, speaking to Italian media outlet Corriere dello Sport about his future. “My dream has always been to play in England, but I don’t know whether I will be here until I am 30 or 35. I always liked Liverpool and I would like to follow [Marcos] Alonso and many other teammates of my national team,” added Vecino before putting the breaks on rumours of a move to Merseyside in January. “It doesn’t mean I will be going to England tomorrow.”

Switching gears, there have been whispers that Liverpool boss Jurgen Klopp is keeping tabs on Spartak Moscow attacker Quincy Promes as a potential replacement for Sadio Mane while the Reds winger is off chasing glory with Senegal in the Africa Cup of Nations this January. Liverpool are also known to hold an interest in fellow Russian Premier League up and comer Sardar Azmoun, but Promes looks more like a ready made replacement — but prising him away from Moscow may be easier said than done.

“He has a set transfer sum in his contract. I am not going to say what the amount is,” confirmed Spartak general manager Sergei Rodionov. “It is only rumours,” he told Dutch daily Algemeen Dagblad, waving off suggestions that the talented 25-year old could leave next month. “We have not received an offer from any club.”