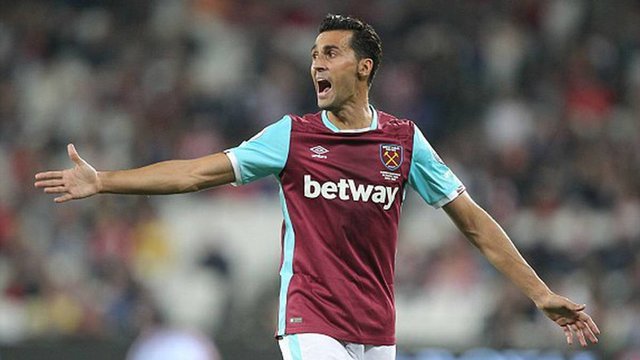 A firm favorite with the Liverpool faithful when he left for Real Madrid, West Ham United fullback Alvaro Arbeloa has made no secret of the fact that he still holds the Reds in high regard ahead of the Hammers trip to Anfield on Sunday.

“I have really good memories [of my time at Liverpool],” said the Spaniard, reflecting on the years he spent with the Reds. “For me every game that I played at Anfield was amazing. I had an amazing final season there when we were fighting for the title with Manchester United,” explained Arbeloa. “When I used to play for Liverpool at the Boleyn Ground I could feel from the West Ham fans that they had a great connection with the players.”

Going from competing at the highest level and bagging silverware with Los Blancos to fighting relegation in East London must be quite the adjustment for the veteran defender, with the 33-year old struggling for game time as West Ham fight to recapture some kind of consistency. Coming off a spanking at the hands of cross-town rivals Arsenal, the Hammers will be looking to bounce back at Anfield — something that’s easier said than done, but also something that Arbeloa won’t rule out.

“It is important to have that kind of support and they are among the best supporters in England,” enthused the fullback. “I see similarities with [Liverpool and] West Ham as they both have great anthems when you walk on to the pitch and you can feel something special when you go on to the pitch,” added Arbeloa, before turning his attentions to the Hammer’s chances on Sunday. “It will not be easy but of course we can get a victory. They lost 4-3 against Bournemouth last weekend so it is possible. West Ham won at Anfield last season so there is no reason why we cannot do that again.”