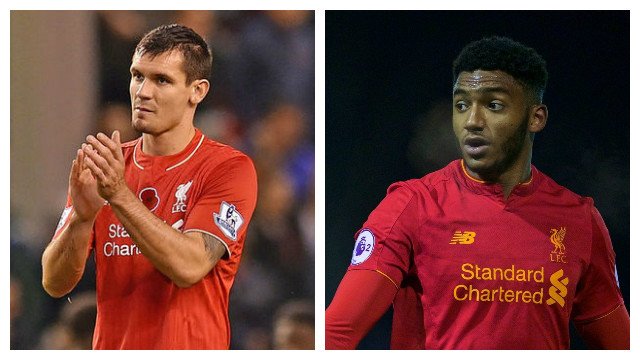 “He said he had a cramp and in the ear of the medical department, it was a hamstring issue,” said the German manager, clarifying why the Croatian centreback was given the hook. “It was in the region. Dejan wanted to carry on but we cannot take a risk in this situation,” added Klopp, hinting towards the busy run of matches just over the horizon. “Hopefully we took him [off] early enough.”

Divock Origi pulled the hosts back on level terms not long after the restart, but the draw leaves the Merseysiders six points off of league leaders Chelsea. While there’s nothing yet to indicate whether or not Lovren will be sidelined for any period of time, if he is, the Anfield outfit could find themselves a bit short at the back — something that could prove decisive as the Reds look to get themselves back in the title race. Klavan and Lucas have both proven themselves to be decent options alongside Joel Matip, but youngster Joe Gomez, who has only just returned to full training after almost two years out, is exactly the kind of player the Cameroonian needs beside him.

“He’s our boy for the future 100 per cent,” enthused Klopp after confirming he won’t send him out on loan. “This half a year playing I don’t know, playing the highest level he can, maybe. We have him. So maybe he is an option for the first team. But maybe not for this season,” explained the German manager. “His pre-season has already started and he can get match time, and will have match time for sure with the under-23s. That’s very important,” continued the Reds boss. “He was not part of all our tactical drills and all the things we did. Now he is a part of it. And he has to learn a lot which is good. There’s no rush for him, and no rush for me. At this moment I would say ‘no loan’ but everything else, we will see.”