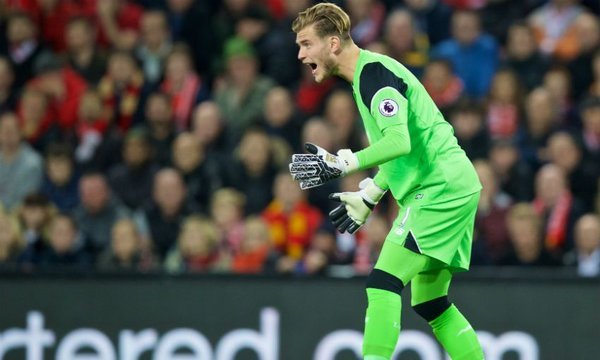 I think the time has about passed to put the New Career in a New Town argument to rest, but I’ll come right out and say it up front: I’m not joining in the Loris Karius witch hunt.

That’s not to say that I’m completely convinced by him either, but calls for him to be dropped and immediately replaced during the January transfer window shows a worrying lack of patience for a player that’s supposedly going to be here for the long term. Our problems at the back have been well documented and existed long before the 23-year old rolled in to town and presents more of a concern than a out of sorts ‘keeper that’s being pummeled by pundits and scapegoated by our own supporters — the same kind of situation that Reds boss Jurgen Klopp spoke about in his very first press conference.

“I’m not surprised about it. In my first press conference I spoke about English media, and the pundits, the former players, forgot completely how it felt when they get criticized,” said the Liverpool manager, speaking to the press ahead of the meeting with Middlesbrough on Wednesday. “Especially the Neville brothers, the one who was a manager, he should know. He showed he struggled with a job to judge players – why do we let them talk about players on television? He’s not interested in helping a Liverpool player,” mused the Reds boss. “I don’t listen to them. Carra doesn’t speak too much about United players, and the Neville brothers don’t care much about Liverpool,” added Klopp, before firing off another barb. “Tell him I’m not on Twitter. If he wants me, Twitter doesn’t help.”

Mistakes happen; that’s undeniable. Relatively untroubled up until the 4-3 reversal at the hands of AFC Bournemouth last weekend, Karius came in for heaps of criticism after he dropped a swerving effort that Cherries utility man Nathan Ake bundled home to claim an unlikely winner. Holding down a comfortable 3-1 lead going in to the final stages of the match, the Reds looked set to claim all three-points, but a meltdown of epic proportions not only lead to the same familiar questions about their ability of their defense to protect a lead, but new ones regarding the 23-year old and whether he’s quite up to snuff.

Nothing about Liverpool goalkeeping coach John Achterberg? The man who oversaw the sharp decline of Pepe Reina when he took over and had Simon Mignolet making the same foolish mistakes week in and week out? Really, not a peep? Alright…

Fast forward to the draw with West Ham United at Anfield yesterday, and the questions would have been echoed had they not grown even louder with a Dimitri Payet free-kick cancelling out Adam Lallana’s quickfire opener and then a bit of clown cars at the back leading to Michail Antonio slotting in the Hammers second.

“That is not difficult. I think the positioning is fine, he gets across and reads it well and he is there. And his wrists, again like the first goal at Bournemouth, are not strong enough,” mused Liverpool legend Jamie Carragher, doubling down on his Karius criticism following the loss to Bournemouth. “It is not even in the corner and Payet has not even hit it that hard,” added the Sky Sports pundit. “I have bigger problems with goals like that than mistakes, because mistakes happen — a keeper will drop one or do something stupid, every keeper does that. That to me, you look at goals like that and think: ‘It should not go in,’ concluded the former Reds defender before posing a question he’s seemingly already made up his mind on, “Is the keeper good enough?'”

Sounds legit, but a bit over simplified, no? It certainly wasn’t a vintage Payet free-kick of the bending space-time continuum variety, but we’re still talking about a well struck curler that navigated itself around a wall packed with Premier League players from 30-yards out to nestle in to the net — not to mention that Karius couldn’t have caught sight of the ball until it was struck. In other words, to paraphrase a tweet from @EuphoricMess, respected Liverpool commentator and all around decent human being, had Karius not moved it would have been called a world class free-kick, but the fact that he did and got something on it means he’s culpable?

Switch gears to the second and a hopeful ball is hoofed up-field and takes a deflection to wrong foot Joel Matip and send Antonio through on goal. Could Karius have been more decisive in rushing out to meet the Englishman? Absolutely, but in the same vein, a light breeze means the West Ham man goes to ground and the Reds ‘keeper not only sends him to the spot, but is shown a red card as well. It’s a Catch-22, but it’s also a situation he never should have been put in to begin with.

Again, I’d like to re-iterate that I’m not fully convinced by the former Mainz man — he has a lot to do to earn my full trust, but the last thing he needs is his own supporters piling in on him. If nothing else, those calling for Mignolet to be re-instated have only furthered the theory that the estimated value of a player to the squad can grow exponentially when they’re not playing based on the poor performance of a counterpart. The Belgian isn’t the solution and stumping up big money for another ‘keeper next month isn’t either. Our problems further up field trump those between the sticks. You can have a world class shot-stopper in net and still concede silly, totally avoidable goals if your team is setting them up for failure — ask Pep Guardiola about that one.