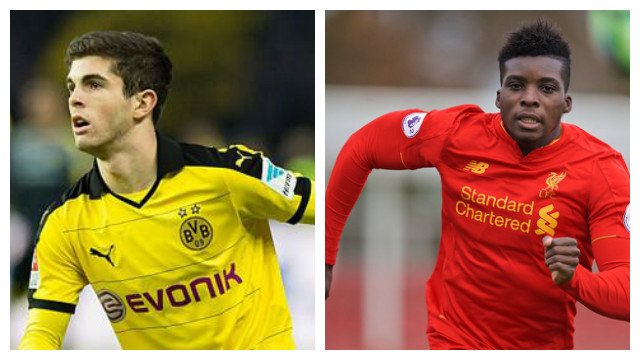 Although Liverpool boss Jurgen Klopp has said that he may not dip in to the transfer market this January and could instead turn to the kids to fill in if there’s any gaps in the squad, Borussia Dortmund aren’t taking any chances with their former manager as they look to hang on to reported Reds target Christian Pulisic. Last month, the Bundesliga side issued a hands-off warning to the Anfield outfit, telling them that lodging a bid for the American was “not worth the effort”, and they’ve since doubled down on their warning.

“We have communicated very clearly that we won’t sell Christian, and that he’s very much part of our plans,” Borussia Dortmund sporting director and all around mouth-piece Michael Zorc told German daily newspaper Bild. “Liverpool don’t need to waste their time.”

That’s mighty considerate of him, isn’t it? Klopp, of course, could very well decide to put a move for Pulisic off until the summer. Although Sadio Mane will be missing next month as he competes at the Africa Cup of Nations with Senegal, Philippe Coutinho has revealed that he’s ahead of schedule in returning from the ankle injury he picked up last month. Along with the Brazilian, Liverpool youngster Sheyi Ojo is also closing on a first team return with the 19-year old potting the winner as the Reds U-23 side overcame their Arsenal counterparts on Monday night.

“It was great to score and that was what we have been talking about because for me one of the things I can improve on is movement in behind,” he told the club’s official website. “It was good to get another 90 minutes again under my belt, I’m happy that the team won and it was nice to play at Anfield again,” continued the former MK Dons man, who has been sidelined with a back problem. “It’s great to be back playing again. I was getting a bit of cramp in the last five minutes but I’m feeling stronger every game and long may that continue.”