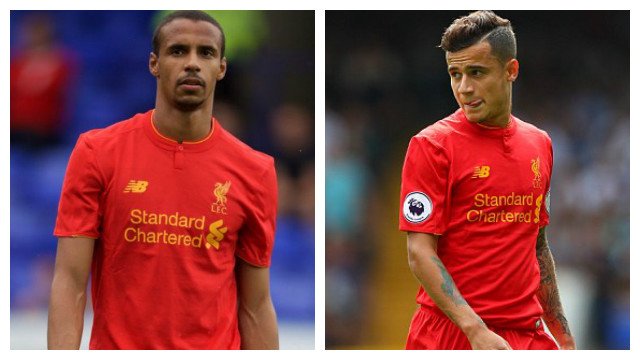 After missing out on the wins over Middlesbrough and Everton, it was expected that Liverpool defender Joel Matip would be fit to face Stoke City when they visit Anfield the day after Boxing Day, but a persistent ankle problem could very well keep him sidelined when the Potters come to town.

“We could have tried to bring him back in the Everton game, [but] then it would have been a 95 per cent probability that he is out for the next game,” explained Reds boss Jurgen Klopp when asked whether or not the Cameroonian will feature. “So we decided to give him the time he needed to really settle, because he has had these problems for a few weeks,” continued the German manager. “I spoke to him a few minutes ago and he was very positive. But he [has been] out of training for a few days already, and as long as we have other players in training all the time, we will choose them.”

Back to winning ways after a poor run of matches, Liverpool go in to the all important Festive Fixtures with the pressure firmly on league leaders Chelsea, but the real possibility of the players burning out is an ever present threat. Although Daniel Sturridge has returned to the squad after a calf injury saw him miss a run of five matches, it sounds like Philippe Coutinho won’t be back for the meeting with Manchester City on New Years Eve despite the Brazilian’s prediction that he’d be fit enough to play some part against the Citizens.

“Unfortunately, we don’t have him back in training,” confirmed Klopp when asked about the Reds talisman. “We cannot rush the situation and we don’t want to rush it. We have to accept the more or less bigger steps in his improvement with this serious injury,” added the Liverpool manager. “I don’t think it will be, from this moment on, long-term still. But the game everybody is dreaming of, the City game for example – it was clear from the first second that this would be really unlikely, but it was the dream of Phil. So try to do it,” said Klopp. “In this moment, it’s not more likely than before but I don’t want to say it’s not possible. We have to see.”

2 thoughts on “Matip Availability Up in the Air, Coutinho Unlikely to Face Manchester City”