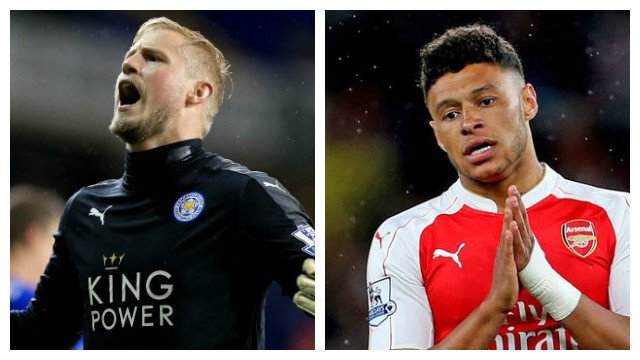 After being restored to the starting eleven at the expense of summer recruit Loris Karius, Liverpool ‘keeper Simon Mignolet has presided over three wins on the bounce with Middlesbrough, Everton and Stoke City all falling by the wayside as the Belgian re-established his place in Jurgen Klopp’s immediate plans. That, of course, hasn’t stopped the media from talking about the Reds problems between the sticks with Leicester City ‘keeper Kasper Schmeichel being tipped to move to Merseyside.

“Kasper has a signature on the contract,” said Foxes boss Claudio Ranieri when asked about the interest coming from Anfield. “We won’t sell Kasper under any circumstances. We don’t need money. No chance,” empathized the veteran Italian manager. “I’m sorry for Liverpool, they can win the title without Kasper.”

Now, it might of started as a bin worthy rumour, but there must be something there if Ranieri is saying that they’re not selling rather than it’s all a bunch of hokum — you know, like Liverpool’s supposed interest in Arsenal wide-man Alex Oxlade-Chamberlain. The Reds have been linked with a number of attackers to fill in the blanks when the Africa Cup of Nations bound Sadio Mane is gone, but the whispers have been dismissed with prejudice from both sides of the table.

“No,” said Gunners manager Arsene Wenger when asked if the 22-year old was heading for Merseyside. “We all have to face a lot of wrong information. We have to live with that. We cannot influence that,” added the Frenchman, echoing the sentiments express by Klopp during his pre-match press conference ahead of Liverpool’s meeting with Manchester City on Saturday. “Usually I don’t say anything about transfer rumours, but I can make an exception,” explained the Frenchman with a smile. “This is nonsense.”