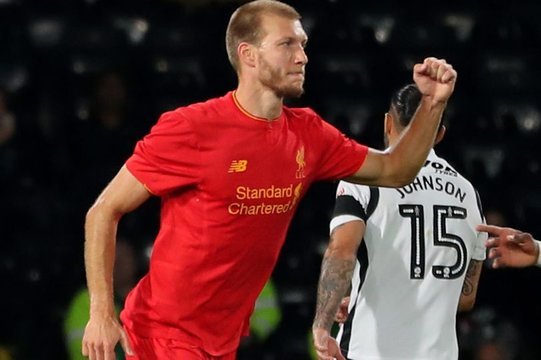 Although Liverpool boss Jurgen Klopp believes the small details will be the difference when Manchester City come to Anfield on Saturday, the visitors will have Sergio Augero back in the side with manager Pep Guardiola confirming the Argentinian hit-man will available to face the Reds after serving an extended ban.

“[Aguero] is ready. He came back good from Argentina. Finally he came back after seven games banned — three games plus four — and we are happy he is back,” said the Spaniard, speaking to the press ahead of the Citizens trip to Merseyside. “[Liverpool are] title contenders definitely. It was a good game,” enthused Guardiola when asked about visiting Anfield for the meeting with Stoke City earlier in the week. “There are six teams fighting for the title, especially for the first four positions fighting for the Champions League qualification. All the contenders are very tough teams. It will be a good fight until the end of the season.”

Details are one thing, but Aguero is a completely different monster altogether. With Joel Matip still sidelined with an ankle problem, it’s expected that Ragnar Klavan and Dejan Lovren will keep their places in the starting eleven and though they’ve handled themselves admirably in the absence of the Cameroonian, their relative lack of mobility could prove to be a problem against the highly mobile City front line. With that being said, they’re not about to switch things up to combat Guardiola’s potent attack.

“You don’t change the way you approach the game,” said Klavan, speaking to the club’s official website. “But of course you have to know what kind of striker you are up against. It’s a big difference if it’s Peter Crouch or Aguero. You are a little bit tuned in to that, but not too much,” added the big Estonian. “It’s the same for City as well. We also have a really amazing front line,” continued the veteran defender. “You need to attack well and also be good at the back. It’s a great challenge for us. Every game is a good challenge. We take it step by step.”

One thought on “Aguero Back for Liverpool Clash, Klavan Isn’t Bothered”