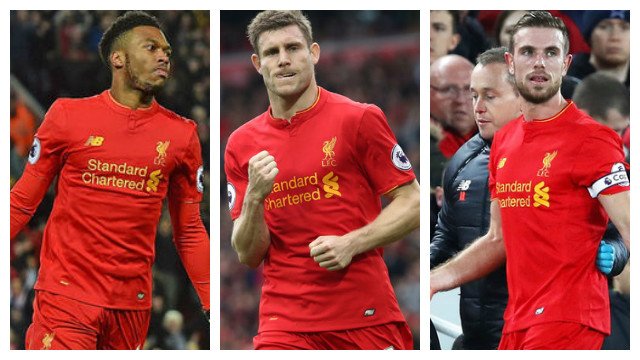 If Liverpool’s draw with Sunderland at the Stadium of Light yesterday wasn’t terrible for all the obvious reasons, seeing Daniel Sturridge limp off the field with an ankle problem and having James Milner pick up a calf injury made a bad day on Wearside even worse.

“[Sturridge] got a knock on his right ankle. I don’t think it’s too bad,” said Reds boss Jurgen Klopp, doing his best to play down the striker’s well documented fitness issues. “[Milner] felt like he got a knock on the calf, but he didn’t know exactly if he got a knock,” added the German, giving a brief update on the vice-captain. “So then we needed to be really careful, so that’s why we made a change.”

With a busy January already in full swing, Liverpool can’t afford to have these kinds of problems. Both Philippe Coutinho and Joel Matip are still sidelined with ankle problems and the match with Manchester City saw club captain Jordan Henderson leave the field with a flare up of the heel problem that restricted him to only 17 Premier League appearances last season. Missing out on the trip to the Stadium of Light, the calming influence of the former Sunderland youngster was sorely missed as Jermaine Defoe potted two from the spot to cancel out strikes from Sturridge and Sadio Mane — who put in his last match before heading on his way to the Africa Cup of Nations with Senegal.

“I don’t know exactly,” said Klopp when asked how long Henderson will be missing with the media speculating that he won’t be ready to return until they square up to Manchester United at Old Trafford later this month. “Hopefully it’s not too serious,” added the Reds boss, before all but ruling him out of the meeting with League Two side Plymouth Argyle at the weekend, “but the FA Cup will be difficult.”