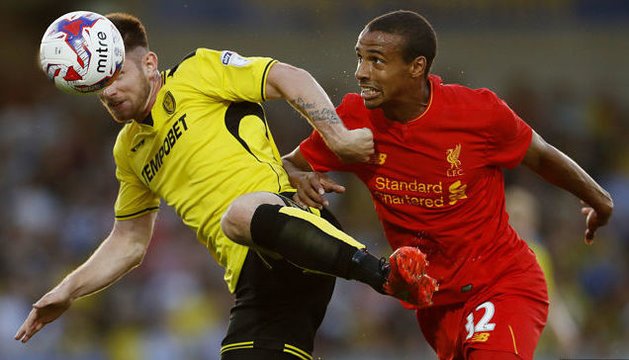 Now that all the hubbub around Liverpool defender Joel Matip’s international commitments with Cameroon and the upcoming Africa Cup of Nations is settled, the 25-year old is looking forward to getting back on the pitch as he nears a return to action after being forced to sit out the busy holiday season with an ankle injury.

“[It’s] getting better and in a few days I hope I’ll be back in full training,” he told the club’s official website. “That’s the plan but you never know how it will go. We are really positive and hope that this chapter is closed,” enthused the former Schalke 04 man. “It was my left ankle, a ligament was damaged. At the beginning it needed rest but after this I wanted to play too early.”

That, of course, is something that the club will be looking to avoid. Even if he was fit in time to face Plymouth Argyle in the FA Cup Third Round at the weekend, it’s likely that the Cameroonian defender would still be rested against the League Two side. With a busy January ahead that includes meetings with Manchester United, Chelsea and a two-legged League Cup semi-final with Southampton just over the horizon, there are bigger fish to fry.

“Three or four weeks before the West Ham game was the first time I really felt it and I still wanted to play a little bit too early. But now, I’m on a good way,” assured Matip.”I want to be fit and get on my way and be back but I don’t have a target to be in the squad,” said the 25-year old, refusing to put a timeline on a return to action. I want to be fitterand then the other things will come.”