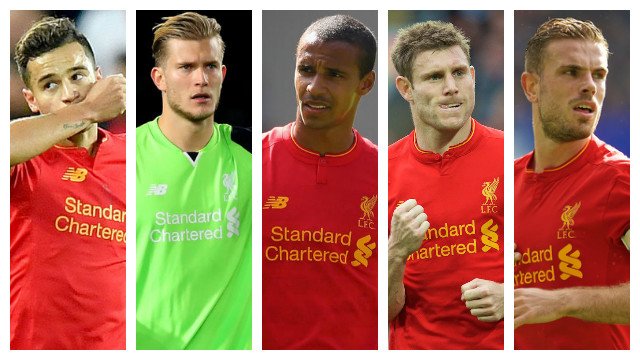 There’s no time to fret about having to navigate a replay with League Two side Plymouth Argyle in the FA Cup after the Pilgrims ground out a scoreless draw at Anfield on Sunday with the first leg of the League Cup semi-final with Southampton coming up fast. The bookmakers slightly favour Liverpool to get a result at St. Mary’s Stadium on Wednesday and the news that Reds talisman Philippe Coutinho could play some part on the South Coast will only boost their chances to taking Claude Puel’s side to task.

“I think Phil is fit enough for being part of the squad,” said Liverpool boss Jurgen Klopp, speaking to the press at Melwood earlier today. “That means it could be minutes, how much I don’t know. It depends on the game, of course. He is on a very good way,” added the German manager, before shifting his attentions to who will start between the sticks. “[I have made] no final decision until now, but it’s pretty likely I would say that Loris plays again,” mused Klopp. “It’s fair for his response in training, performances and all that stuff. It’s likely, not sure.”

Naming a completely changed side, Liverpool laboured to break down Plymouth at the weekend as their visitors held out and scored themselves a lucrative replay at Home Park. That, obviously, won’t be the case when the Reds travel to the South Coast with Klopp expected to restore the majority of first team regulars to the match day squad — though some notable faces will still be missing.

“Joel, first steps, if you want, in team training. “Millie, no issues anymore,” confirmed Klopp, providing a brief update on defenders Joel Matip and James Milner. “Hendo, on a very good way, because he is a really mentally strong guy,” continued the Reds boss, moving on to Liverpool skipper Jordan Henderson. “It’s still painful, I think, but he is doing well, We will see what we can do with him,” he explained, hinting that he could feature against Manchester United at the weekend. “Hopefully, Thursday [he’ll be in] team training.”