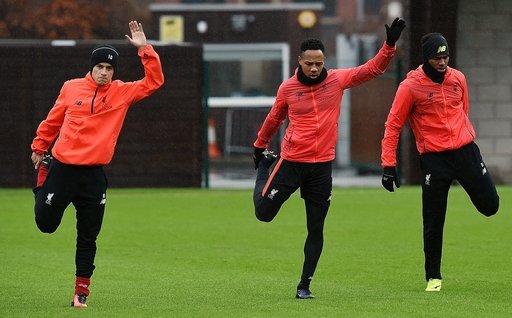 Just a few days after an exhilarating stalemate with Plymouth at Anfield, the Reds are off down south to face Southampton in the 2016/17 League Cup semi-final first leg.

Considering how close together these important fixtures are to each other recently *cough* eh? FA *cough* I doubt Jurgen Klopp will field many of those who starred in our 0-0 draw with the mighty Pilgrims.

Actually, I’d like to take a moment to reflect on our more recent FA Cup fixture, I don’t think we can hold it against Plymouth for celebrating a draw at Anfield – Manchester United did the exact same thing – the smaller clubs have to take victories where they can.

But enough of licking our wounds, we are in another semi-final with Klopp and life is grand. I’d just like to remind everyone that the other semi-final is between Man United and Hull – are you imagining the best League Cup final in years? I am.

The Saints were drawn against Crystal Palace in the third round of the EFL Cup, prevailing with goals by Charlie Austin and Jake Hesketh. The fourth round saw them beat Sunderland 1-0 (that must have been nice) with a goal from Sofiane Boufal being the decisive factor.

Now comes the surprise. Southampton were drawn against Arsenal in the previous round of the League Cup and defeated the Gunners in a 2-0 win with Jordy Clasie and Ryan Bertrand on the score sheet.

Liverpool played their first EFL Cup fixture in August last year as we were drawn away at Burton Albion, which we ran out 5-0 winners with Daniel Sturridge, Divock Origi and Roberto Firmino all on grabbing goals.

We were then drawn against Derby; another game we went on to dominate, walking away 3-0 winners thanks to Ragnar Klavan, Phil Coutinho and Origi.

It got interesting in the fourth round, Liverpool were drawn against Spurs but ended up seeing the game off with their noses in front, winning 2-1 – Sturridge with both goals. Unfortunately, this game sticks in my memory as it was both the return of Danny Ings and when he injured himself again.

Our quarter-final was a bit more straightforward than Saints’, we had Leeds at Anfield – a nice return to relevance for the Peacocks – and beat our old rivals 2-0 with goals from Origi and the Welsh sensation that is Ben Woodburn.

Jordan Henderson, Joel Matip and Marko Grujic are almost certain to not make a reappearance against Southampton but they should all be available to Klopp by the weekend.

James Milner and Coutinho are penned in to make their returns from fitness on Wednesday but there is still a doubt that our little Brazilian will be passed fit in time. Odds are, we won’t risk it either way as our fixture against Man United sits on the horizon.

I’d expect Alby Moreno to stand in for Milner against Southampton and, perhaps, for Emre Can to maintain his place in the starting side.

Origi was underwhelming in our last outing and Sturridge has been impeccable in the EFL Cup, so I’d expect Dan to get the nod on Wednesday night, unless Jurgen fancies throwing on two centre-forwards.

Luckily, for Liverpool, two of the Saints’ aforementioned goal scorers are not fit enough to play. Boufal and Austin are expected to be on the sidelines for at least another month.

Oh, and Jose Fonte is set to miss the game. He’s unavailable to them after he reportedly handed in a transfer request. Decent chance we could see him at the weekend though…

Cédric Soares is expected to also miss the game, as are Alex McCarthy, Matt Targett and Jérémy Pied – who all face a lengthy spell on the sidelines.

That makes for hard reading, eh, Saints? Clearly St Mary’s isn’t the worst away fixture you could get right now.

It’s not hard to see that Southampton are suffering a bout of horrible form – they lost 3-0 at Goodison Park in their last outing for goodness sake.

Liverpool have probably looked like the strongest side in the EFL Cup this season and, in my eyes, are strong favourites to lift the trophy at the end of next month.

Saints are without some of their key players; one of them being their captain and one half of their remarkable defensive partnership – Fonte.

I don’t think it will be a repeat of our 6-1 demolition of Southampton but I do think Origi, if he plays, will have another brilliant game. Either way, Liverpool are going to score goals.

However, Southampton will cause us problems and make a habit of scoring even if they’re not winning so I think they’re bound to stop Loris Karius (or Simon Mignolet) from notching up another clean sheet.

I predict that at 90 minutes it’ll be Southampton 1-3 Liverpool.

If you’d like to strongly disagree with me or remind me of what I’ve written, when Lovren, Clyne and Lallana score three own goals between them, you can find me on Twitter – @StefanoHairon