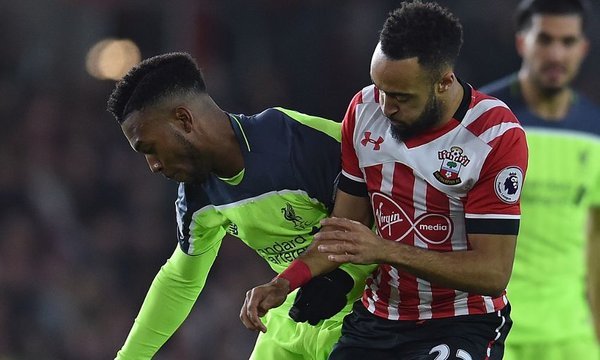 It’s only half time in Liverpool’s League Cups semi-final showdown with Southampton, but after a dire night on the South Coast, the Reds have it all to do when the play the return leg at Anfield in two weeks time.

A good opening spell of pressure from the visitors sent Jurgen Klopp’s side on their way with memories of a 6-1 win at St. Mary’s Stadium in the quarter-finals of this competition last year still fresh in the memory, but an error from Liverpool defender Ragnar Klavan ended with Saints attacker Nathan Redmond slotting coolly past Loris Karius to give the hosts an early lead — one that they’ll be disappointed that they were unable to add to with the Merseysiders poor throughout.

To be fair, it was Karius, who took a beating in both the press and on social media after a poor run of form saw him dropped for Simon Mignolet, who made sure that didn’t happen. Left stranded by his defense for the opener, the German shot-stopper kept Redmond from doubling up on two separate occasions in the first half and had a little help from the crossbar in the second, restricting Southampton to only a slender lead and keeping a trip to Wembley firmly on the table.

“We needed Loris Karius to save our lives two or three times,” conceded an obviously unhappy Klopp, speaking to the press on the South Coast. “The best thing for us is the result. We know that we can play better at Anfield – nothing is decided,” explained the Liverpool boss, knowing full well that his side are capable of turning this tie around. “We cannot be happy with the performance, Southampton cannot be happy with the result,” added the German, throwing in a little barb for good measure. “It could and should have been 2-0, 3-0.”

If that’s our worst performance of the year, we’ll be able to count ourselves lucky, but since January is a little under two weeks old, I’m not going to start making predictions. Never looking up to the task at hand, there’s really no surprise from my part at the result — the wheels are far from coming off, but they’re looking wobbly. Daniel Sturridge once again showed why he’s not a lone striker, Roberto Firmino continues to look lost without Philippe Coutinho and the double pivot of Emre Can and Lucas were wholly ineffective in contrast to Saints anchor man Oriol Romeu. With Coutinho making a cameo, Joel Matip back in training and Jordan Henderson looking likely to feature against Manchester United at the weekend, things can and will be different in the second leg, but we still have to come from behind to pull it off.

And, to lean on an age old cliche, that’s easier said than done. For all the talk about the Reds being favorites, Southampton have once again proved that they’re a team that’s going to punish you if you’re not on your game. If Saints boss Claude Puel can mastermind an early goal, I’m willing to bet there will be a few other cliches getting thrown around — the one about this being a funny old game and counting chickens come immediately to mind…