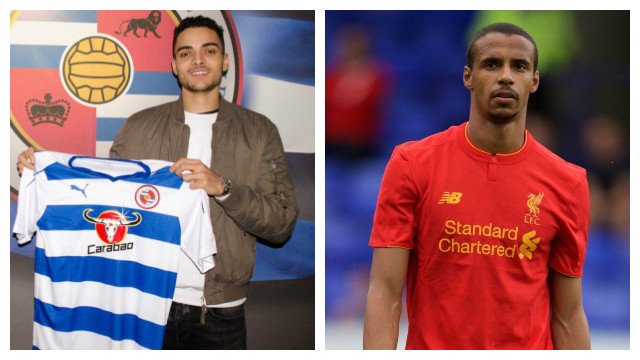 Bringing to a close talks that stretched back to the start of the month, Liverpool defender Tiago Ilori has brought his time at Anfield to a close after completing a £3.75mil move to Championship side Reading FC earlier in the day.

“The manager is probably one of the strongest factors,” said the 23-year old. “To improve my career and myself as a player, there is no one better to learn from someone who’s been there, done that. I think he’ll be a great mentor,” added the Portuguese defender. “When you have the interest and you can see the project Reading are creating, I’d love to be a part of it, and they have the right conditions for me to develop as a player.”

While Ilori will now go from chasing Champions League football to chasing promotion to the top-flight, the Reds are still stuck waiting on confirmation from FIFA over the status of Joel Matip. A decision from world footballs governing body is expected on Friday after their non-answer earlier in the week just lead to even more questions, but Liverpool have been given a potential boost in getting the defender cleared to play after an anonymous source within the Cameroon camp confirmed that they have not asked FIFA to sanction the 25-year old. Still, rather than risk the wrath, Reds boss Jurgen Klopp has left Matip out of the squad that is set to face Plymouth Argyle in an FA Cup replay later today.

“The procedure is that I would consider to line him up tomorrow, but I don’t know if I can, that’s the thing,” said the German manager yesterday, speaking to the press ahead of the meeting with the Pilgrims. “From the sports side, it would make absolute sense, [it’s a] perfect game for him and all that stuff, but I’m not sure if I can,” continued Klopp. “The thing is that FIFA told us that on Friday, this Friday, they will decide if they open a case about it or not. I accept rules in life, wherever, but I think they should always be based on human sense.”

One thought on “Ilori Finally Completes Reading Switch, Cameroon Have Not Asked for Matip Ban”