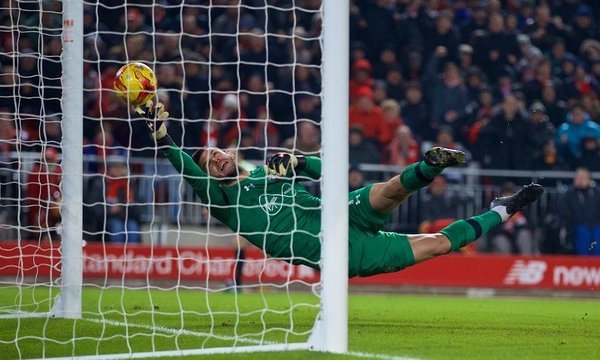 An unkind January just got that much crueler as Liverpool crashed out of the League Cup in spectacularly pedestrian style, handing Reds boss Jurgen Klopp his first loss in a semi-final and in turn setting up Southampton to do battle for their first major piece of silverware since 2003.

Carrying a fully deserved lead in to the second leg, Claude Puel’s side came to Anfield knowing exactly what they had to do and they executed it to near perfection. In the build-up, Liverpool midfielder Georginio Wijnaldum summed up our recent woes perfectly by saying that teams “know how to make it difficult for us” and the Dutchman is absolutely right. While I’m not one to subscribe to the “No Plan B” criticism of Klopp’s brand of high energy football, we’ve looked relatively one dimensional as of late and the Saint’s exploited that beautifully with a well drilled defense and a masterful counter-attack booking them a trip to Wembley.

Of course, in the end, we were the architects of our own undoing with a stagnating attack doing us no favours; this is a game of goals and when Shane Long struck late to add a cushion to Nathan Redmond’s well worked effort in the first leg, this one already looked well and truly dusted. A pair of sitters gone begging for the normally prolific Daniel Sturridge, a lack of cutting edge from Roberto Firmino, Philippe Coutinho still trying to find his feet after an ankle injury and Southampton ‘keeper Fraser Forster somehow saving his bacon to keep an Emre Can pile-driver from crossing the line…one of those days turned in to one of those weeks and it’s now threatening to be one of those months.

You don’t win the league if you have one of them and you certainly don’t take home a trophy.

Gone is the free flowing, free scoring side we were so excited about earlier in the campaign. Certainly we’re missing Sadio Mane and his excellent contribution in the attacking third, but it looks to be so much more than that. Maybe looking to the bench and seeing it consistently packed with players that are no more than children gives you a glimpse in to what’s ailing us and maybe it doesn’t. Regardless, something ain’t right.

While the narrative that our season is now over is more than a tad premature considering we have Wolverhampton Wanderers in the FA Cup at the weekend and still a slim chance of catching Chelsea in the title race with the Blues visiting Anfield on Tuesday, the “just one of those matches…” defense that I’m so keen on trotting out can take a rest. We’re in a purple patch; a poor run of form; having a tough go of it; struggling to find answers; playing like crap — however you want to say it, we’re doing it and no one is happy about it.

Ok, well, the Saints fans are pretty happy, but they don’t factor in to this equation.

“They won both games, they deserved it. We did really well, we cannot create more chances than we did in the second half, we were dominant. It is difficult because you have to take risks but too many risks plays to their strengths,” was Klopp’s honest assessment of the game. “We had big chances and no luck. A lucky save, a good save but a lucky save. The ref didn’t see the handball of Long and it doesn’t help in a game like this,” added the German manager, before admitting his side came out second best. “We had seven good chances. You have to score, and we didn’t do so we lost. I’m fine with the performance but not the result.”

While that last bit may be construed as a bit petty, that’s the mentality he should be taking. As we continue to rebuild under Klopp, it’s important for supporters to remain realistic and keep progression in perspective, but if you’re the manager and you’re saying you’re fine with losing a match and not trying to find at least something to say about it, then it’s time for you to go. And, let’s be honest, if you think it’s time for him to go, it’s about time you started supporting another club.