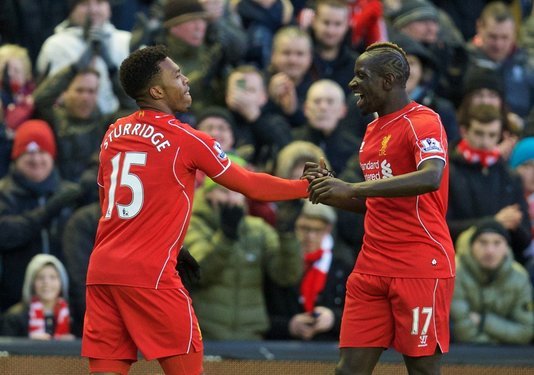 Although Liverpool were hoping to get somewhere in the region of £20mil for misfit defender Mamadou Sakho, it looks like the Reds are resigned to loaning the Frenchman out for the remainder of the season. Russian outfit Spartak Moscow, Turkish giants Galatasaray and South Coast side Southampton have all been linked with an interest in the 26-year old, but it appears that Crystal Palace have won the race for his signature after pictures emerged of the former Paris Saint-Germain captain in London earlier in the day.

Now, nobody is saying anything for sure quite yet, but rumour has it that the Eagles are in pole position to secure his services until at least the end of the season. Languishing in the relegation zone, the Croydon club could use some steel at the back. Sakho, who is a massive player on his day, could do a job for Palace boss Sam Allardyce and in turn Liverpool will be happy to get him off the wage bill — at least for the time being.

In other news, despite insisting repeatedly that Daniel Sturridge will not be leaving Anfield this winter, West Ham United have apparently re-ignited their interest in bringing the 27-year old to the London Stadium. With Dimitri Payet, who has been refusing to play for Slaven Bilic’s side, shipped back to French side Marseille, the Hammers have a few extra bob in their pockets and a glaring hole up front and if the papers are to be believed, they’re looking to stick Sturridge in it.

Continually failing to impress when given the chance by the Reds boss and looking like he’s lost a step or two, the once prolific striker has been stagnating on Merseyside. While there are suggestions that he could return to his former glory if played in a system that suits his style, that remains speculation at best. At this point, West Ham are probably ready to try just about anything as they look to continue their push up the table — and a move for Sturridge isn’t the worst game plan.

More on both of these stories if and when they develop…