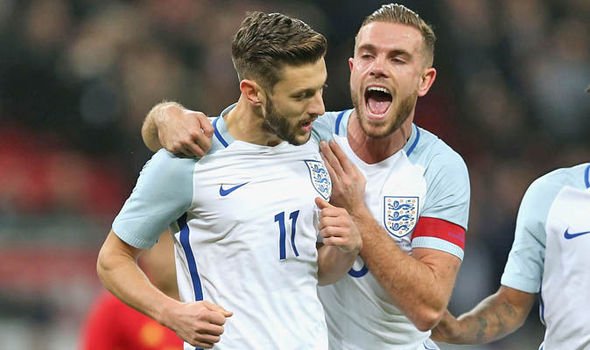 According to Unibet’s Big Six Premier League Squad Study, Liverpool currently have the most English players out of Chelsea, Arsenal, Man City, Man United, Spurs and themselves. The aforementioned teams will now be referred to as the Big Six from this point onward. 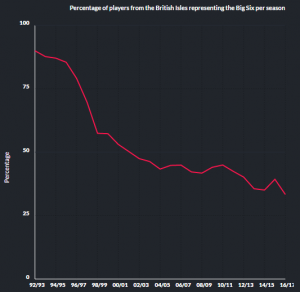 As the graph above shows, the Premier League heavyweight’s reliance on British players has gradually worn away, with the average percentage falling from 90% in the 1992/93 season to just 33% in the 2016/17 season.

The study can also reveal that since the start of the Premier League, the total number of English footballers used in a season by the big six has dropped by 55%, from 123 to 55. 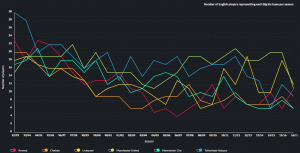 Traditionally, Man United have used the most English players per season, with Sir Alex Ferguson relying on a strong English core to carry the team to unprecedented domestic success.

That’s all changed this year for the Red Devils under Jose Mourinho, with United’s total dropping by 45%, from 20 to 11.

They are replaced at the top of the table by Liverpool, who at the time of publishing have had 12 English players make an appearance under Jurgen Klopp. In contrast, Man City and Chelsea this season have featured the fewest English players with six.

By taking a closer look at the players used, the study can also state the non-English nationalities most likely to play for each big six team. The appeal of joining a foreign club with a large contingent of fellow nationals is definitely a motivation for players looking for their next move.

The fact that fellow Brazilians Philippe Coutinho and Roberto Firmino are now playing for Liverpool, both joining the experienced Lucas Leiva, suggests it can be a big factor when a player decides on their next destination.

Although it seems that the nationality of the manager can have a strong influence on the players brought into the squad as the second-most represented nation at Liverpool is France – the nationality of former boss Gerard Houllier.

Liverpool’s representation of the Spanish is on a downward trend however, as the graph above confirms with Alberto Moreno being the only Spaniard in the squad. Also, I’d assume you’d be very unsurprised if I told you Rafa Benitez joined Liverpool in 2004 and left in 2010.

By looking at the graph below, which shows the number of French players Liverpool have had in their squad, I’ll leave it down to you to guess when Houllier joined and left The Reds…

At the start of the 2016/17 season, Klopp’s Liverpool’s first team represent 15 different nations with 12 players being English, three from Brazil, two Belgians, two Welshmen, two Germans and one player from each of Holland, France Portugal, Croatia, Cameroon, Serbia, Senegal, Austria, Spain and Estonia.

Twelve English players may sound like a lot but last season, under Brendan Rodgers, Liverpool had 18 players from the homeland – including some youngsters, such as Jerome Sinclair, Ryan Kent and Cameron Brannagan.

Unibet’s Big Six Premier League Squad Study is an interactive study with a wealth of information regarding the nationality of players representing the current best teams in the Premier League through history.

Follow this link to head over to their website right now to play around with some sliders and filters.