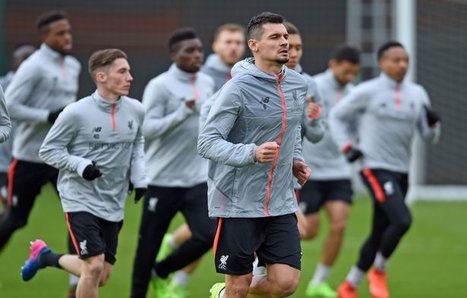 Liverpool embody the word inconsistent; we draw with Chelsea, embarrass ourselves against Hull, comfortably dispatch Spurs and get thrashed 3-1 by Leicester.

Writing previews for this football club has never been easy but this is becoming a joke!

It seems Liverpool are set on continuing this downward spiral we’ve been in since the turn of January, even if we’re able to knock out the odd commendable performance.

Saying that, Liverpool have only taken six points from a possible 21 this year and I’m actually impressed we’re still just one win away from being a point behind second place.

Jurgen Klopp’s Liverpool play best when we are the ones applying the pressure and the opposition face a constant bombardment from us. That is what we must do against Arsenal.

Arsenal is a team we’ve already beaten this season – in their own back yard too – and it wouldn’t be a big surprise if we were to go two for two with The Gunners.

Liverpool are in a place now where I get more anxious if we are to come up against a team in the bottom six more than the top.

We turn up against the big boys, we always have, and long may that continue.

Good news for Liverpool. Maybe. Dejan Lovren is set to return to the starting eleven against Arsenal.

Bad news for Liverpool. Definite. Jordan Henderson will not be available for selection this weekend; an injury keeping the skipper on the sidelines.

Henderson is a big loss for Klopp as Liverpool win only tend to win one of three games when the captain is missing but it’s not all doom and gloom; the myth that is Daniel Sturridge is to return to the squad for Saturday’s fixture.

More bad news for Liverpool; Aaron Ramsey and Laurent Koscielny are once again available for Arsene Wenger after the former has recovered from a long-standing injury.

This game will be lost and won in the midfield and Liverpool are going to need to stop Arsenal’s creativity – especially now Ramsey is back – and here’s hoping Emre Can and Co. are up to that task.

Santi Cazorla and Mohamed Elneny are also both to remain on the sidelines.

Telling you, apart from the game against Saints, it seems the football Gods aren’t too keen on Arsenal either!

Arsenal aren’t going to fall over easy. They’ll be hurting from their embarrassing showing in the Champions League which saw them demolished 5-1 by Bayern.

Regardless, defeating the mighty Sutton United 2-0 probably hasn’t sent a message to the fans of “it’s fine, we’re back!” but a result at Anfield just might.

Liverpool have seemingly became the Scouse Globetrotters; only actually making appearances against the biggest clubs in the country.

Luckily, Arsenal are one of the aforementioned biggest clubs.

Although I do see a recurring problem with Liverpool. We may turn up against the big boys but we don’t always walk away with three points – very often, we’ll share the spoils with our rivals.

I think this game will go down that route again. We’ll turn up and show everybody that we mean business but I don’t think we will win the game.

In fact, I bet the scoreline will be Liverpool 2-2 Arsenal at full time.

If you’d like to strongly disagree with me or remind me of what I’ve written, when Liverpool smash Arsenal 5-1, you can find me on Twitter – @sigsgomento