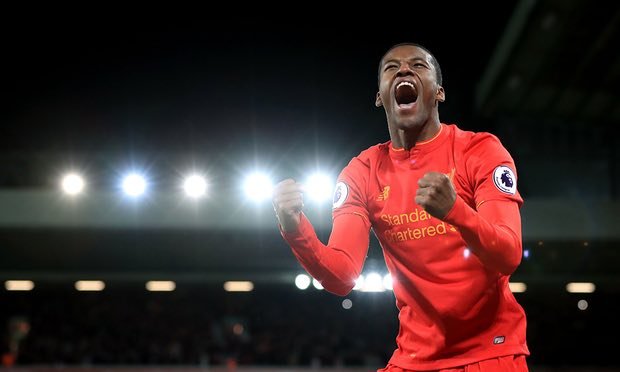 Furthering a familiar and frankly frustrating narrative, Liverpool bounced back from defeat against relegation threatened Leicester City on Monday night with a convincing win over Champions League chasing Arsenal at Anfield on Saturday evening.

It took less than 10-minutes for the hosts to show that they mean business as Roberto Firmino smashed home a Sadio Mane cross for the opener before the Senegalese attacker added one of his own just with minutes left to play in the first half as the Brazilian returned the favour with an assist of his own. Alexis Sanchez, resigned to the bench for the first half, made an immediate impact when he set up Danny Welbeck to give the North London side a foothold, but they failed to push the issue and were punished in kind when Adam Lallana expertly held up play, allowing Divock Origi to get on the right side of the offside trap en-route to setting up Georginio Wijnaldum for the winner.

Play a side that can’t get their act together and we gift them points — play a side that’s challenging at the top of the table and we look unstoppable. Peak Liverpool? Right.

“We had another opportunity and we took it today. It’s the rollercoaster of the Premier League,” said Reds boss Jurgen Klopp with a toothy grin. “All of them played a fantastic game. When we are compact it’s fantastic. Adam Lallana can come out of the formation and trigger something. Being compact and stable is the basis of each good display,” enthused the German. “We knew Arsenal would bounce back in the second half. Alexis Sanchez is the highest quality player and plays different to Danny Welbeck. Simon Mignolet saved our lives,” added Klopp, full of praise for the Belgian shot-stopper. “It’s important to go back to fourth above Arsenal. We really felt bad last week, we needed a few days to understand what happened.”

There’s no easy matches in the Premier League, blah blah blah — but you knew this was what was going to happen though, didn’t you? Despite Arsene Wenger’s attempts to strike a more defensive chord and try to mimick the successes of teams that hit the Reds hard on the break, the Gunners looked overwhelmed in the early going and that didn’t change until Sanchez was introduced at the break. The likes of Olivier Giroud and Welbeck were mere passengers as the Reds midfield dictated proceedings, getting everything right on Saturday that they got wrong on Monday.

And, again, that’s kind of what we expected. Besides the goal, you could have swapped out Arsenal for their North London rivals in Tottenham Hotspur and it wouldn’t have made that much of a difference, but that’s neither here nor there. If a double over the Gunners isn’t sweet enough for you, climbing back into a Champions League spot and away from both Manchester United and Everton should do the trick. Also, it’ll hopefully give us the confidence to push on and get a real run going so we don’t have to trot out the same old narrative when we meet Burnley FC next weekend.