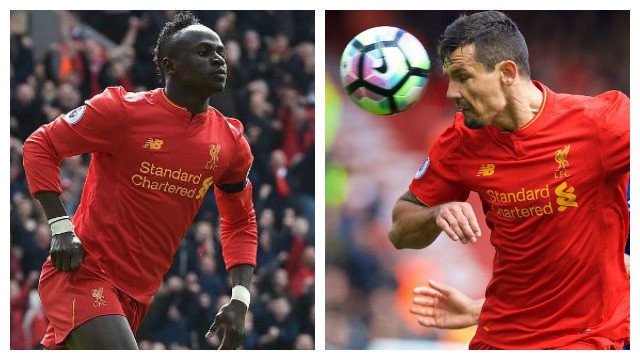 Liverpool may have put a stamp on their place in the top four after brushing past cross-town rivals Everton at Anfield yesterday, but they could be without Sadio Mane for the foreseeable future after the Senegalese striker limped off the field early in the second half.

“When I saw him in the dressing room, it didn’t look like he’ll be ready for Wednesday,” explained Reds boss Jurgen Klopp. “We will see, hopefully it’s not that serious, but of course it’s not nothing and that makes our life not easier, I would say,” continued the German manager, keeping the details vague. “I don’t know exactly, I don’t want to speculate now,” said Klopp when asked if he could elaborate on the type of injury Mane picked up. “Obviously he has pain and it didn’t look like it’s only a knock or a muscle or something, but we have to wait.”

In an extra spicy affair, the tackles were coming in regularly, but on more than one occasion they arrived with the kind of abandon that no one wants to see. Toffee’s defender Ashley Williams found the knee of Reds midfielder Emre Can with his studs with the kind of challenge that’d be right at home in the UFC octagon, but it was his teammate in Ross Barkley that’ll draw the majority of the headlines — and not for the first time. Back in December the Everton midfielder came under fire for a reckless sliding effort on Liverpool captain Jordan Henderson and the Englishman seemed to double down on that bad blood today when he crunched down on the ankle of Dejan Lovren.

“Listen, I don’t want to talk about this now. You can expect in the derbies tackles like this,” said the Croatian defender following the final whistle, refusing to be drawn in to the middle of things. “Tomorrow there will be headlines about this,” added Lovren, knowing full well that the debate over whether or not Barkley should have been shown a red card is only just starting. “I’ll leave it to the manager.”