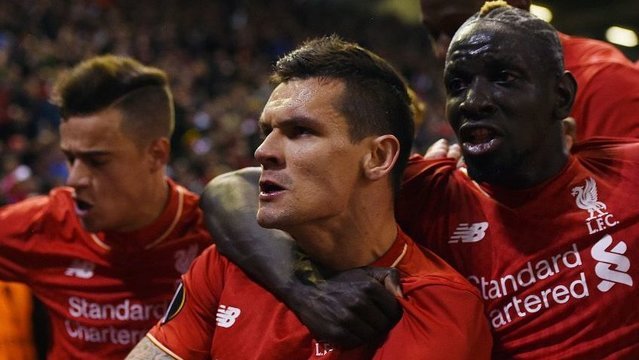 Although talks between Liverpool and defender Dejan Lovren over a new contract went on the back burner after the two parties came to an impasse earlier in the season, news has filtered through that they’re back at the table with the Croatian expected to put pen to paper before the close of the campaign.

“Progress [on the contract] is going on and I’d say that hopefully everything will be clear in the next month,” the Croatian told the Liverpool ECHO when asked about his future. “Like I’ve said many times about my future, I’m really happy here,” continued Lovren, keen to reassure the fans that he’s committed to the cause. “I’m settled after everything that happened in the beginning.”

Despite doing their best to tie down the 27-year old’s future, Liverpool reportedly remain firmly in the market for another world class defender to provide competition for the Croatian. The Reds, of course, already have one of those on the books in on loan Crystal Palace defender Mamadou Sakho, but the Frenchman has no future on Merseyside after falling out with boss Jurgen Klopp over the summer. With interest in the former PSG captain as high as ever now that he’s back to impressing on the pitch, Liverpool are rumoured to have slapped a £30mil price-tag on him — money that can hopefully be used to solve their own defensive woes.

“It is still a question for us to find a real answer for,” said Klopp when asked about the Reds frailties from set-pieces. “You see it. Before they got the corner from which Pennington scored, they actually had a free-kick. A small one which was quickly taken, bam, then the cross, then the corner, then the goal – so two set pieces if you want,” explained the German, analyzing Everton’s only goal in the Merseyside Derby. “You can really be sure we are on this and really working on this with a lot of different things, but obviously it is not our best skill of all the football skills.”