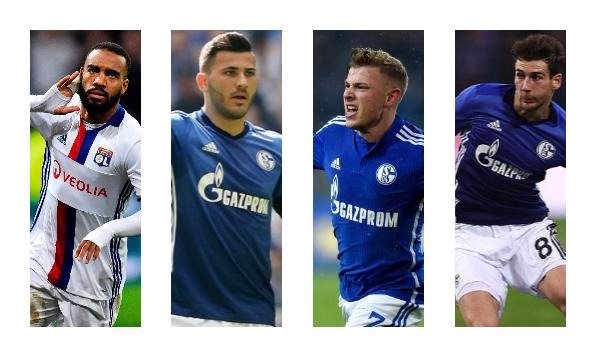 There’s nothing better to distract from a disappointing loss than a spin around the rumour mill and with perennial Liverpool target Alexandre Lacazette once again being tipped to leave French side Lyon this summer, it’s as good a place to start as any.

“We’re ready to go a bit mad and do things we’ve never done to keep Alexandre Lacazette,” said Lyon CEO Jean-Michel Aulas when asked about the striker’s future by Telefoot. “The club is good, the club has invested in all the structures that will allow it to get back among Europe’s top 10 clubs,” added the director, hinting towards their Europa League semi-final showdown with Dutch giants Ajax next month. “Of course we’ll have to listen to Alexandre, because he’s a man and a great player.”

Missing the likes of Sadio Mane and Adam Lallana, the Reds were upended by Crystal Palace at the weekend, highlighting once again their defensive frailties and a lack of depth from the bench. Liverpool are being tipped to have a big summer with boss Jurgen Klopp set to be handed a massive transfer budget and he’s expected to shell out the bulk of it in his homeland. Schalke 04 trio Sead Kolasinac, Max Meyer and Leon Goretzka — among a number of other Bundesliga players — have been linked with a move to Merseyside, but the Gelsenkirchen club are insistent that the press isn’t quite as informed as they might think.

“I happen to know some guy in Liverpool quite well. Jurgen and I have such a good relationship that I have always been in the loop on everything,” said Schalke sporting director Christian Heidel, talking with RevierSport. “This time I do not know anything. That means the English media knows nothing either,” he explained, rubbishing the reports swirling around about the trio. “I do not know who the Liverpool scouts are monitoring. Not even Klopp always knows what they are up to.”