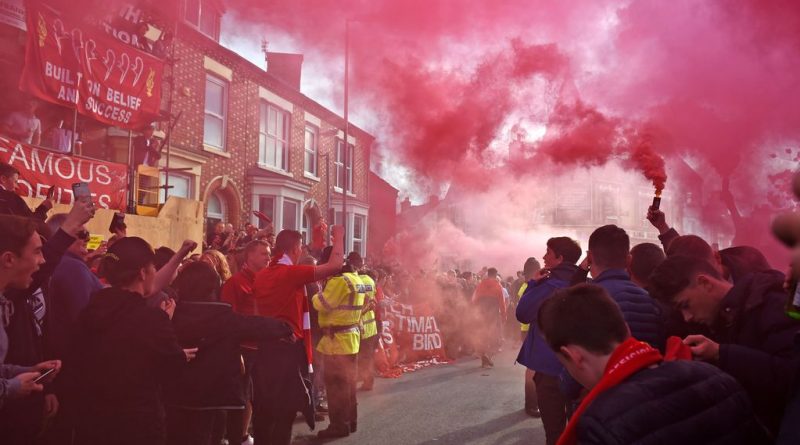 Established in 1892, Liverpool Football Club (LFC) is one of the oldest football clubs in the world and as such, has one of the largest groups of English football supporters across the globe. The home of Liverpool F.C. may be based in Anfield, Liverpool, England but support for this great team spans across every continent. With over 200 Official Supporters Clubs in over 50 different countries, LFC supporters will always find a way to get together to show their dedication and support for one of the greatest teams in the world. For more stats and information regarding teams and betting ranges, check out the latest betting sites.

Some football fans are dedicated to showing their support in the most unpredictable ways and, as you can imagine, LFC supporters are responsible for some impressive acts. Let’s look at the craziest fan acts across the globe:

Anfield is the home of LFC, so it’s not surprising that most of fan displays take place on the home turf.

It is easy to see how riled up and excited fans get by the way in which hordes of Liverpool FC supporters greeted the team bus on Anfield Road before Villarreal Europa League tie during last year’s season. While many of these fans meet to chant the football club anthem, a few others have paraded the football field completely naked in the hopes of grabbing mass media attention.

The loyal supporters of LFC made a name for themselves, not as violent hooligans, but for their well thought out chants they sing (some scream) at each occasion the Reds play. The most popular chants are “Dalglish,” referring to the name of Liverpool legend Kenny Dalglish and “The Fields of Anfield Road.” Over 95,000 Liverpool fans in Australia sang the club anthem “You’ll Never Walk Alone,” featured on Pink Floyd’s 1971 track Fearless, during a friendly game against Melbourne Victory in 2014.

Liverpool fans’ planned ticket price protest saw approximately 10,000 Reds fans walk out after 77 minutes. This was in response to FSG’s ticket prices ahead of the following season.

In a final match of the 2005 Carling Cup, tens of thousands of fans watched a match between Liverpool and Chelsea at the Millennium Stadium, Cardiff. After a goal scored by John Arne Riise, these fans set the world record for the highest ever decibels reached in any sport – an incredible 130.7 decibels (equivalent to standing next to a pneumatic drill).

Footage released of Steven Gerrard leading the Liverpool team on a dance during the end-of-season break in Dubai. This sparked this excellent recreation of the Steven Gerrard ‘Kolo Toure’ dance by Asian Liverpool FC Fans (as well as footage being released of other fans, including children, doing the same).