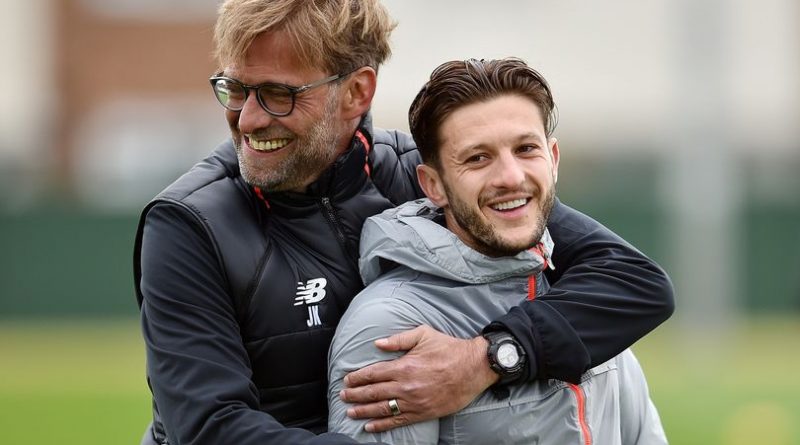 I may have been cheering on Anthony Joshua two nights ago but tonight I’ll be hoping the lads from Watford take the fall.

Liverpool go down south in high spirits; we shouldn’t be buzzing – really – but Manchester United, Manchester City, Arsenal and Everton all dropped points over the weekend.

Should the Reds take all three points on Monday night, it’ll be very likely Jurgen Klopp will be plying his trade in the Champions League next season.

Prior to kick off, Liverpool are ahead of City on goal difference, ahead of United by a point and, even if Arsenal win their game-in-hand, the Reds will be clear of them by three points when the dust settles.

If we garner all three points against Watford, we put the pressure on our rivals; it’ll now be them in the position where they have to win because we already have.

In short, this might be the most important fixture Liverpool have ever had with Watford.

For once, it’s actually good news when it comes to Liverpool’s squad’s injuries; Adam Lallana is expected to make his awaited comeback against Watford.

Obviously, we don’t have the best luck when it comes to some of our other stars but that’s hardly news. Sadio Mane is still expected to sit out the remainder of the season but, with the return of Lallana, it’s not the end of the world.

It’s also expected that Ragnar Klavan and Daniel Sturridge will take late fitness tests in an attempt to make themselves available for selection.

Watford have their own injury woes, however; it seems as if they’ll be missing Craig Cathcard, as well as important players such as Roberto Pereyra, Younes Kaboul, Mauro Zarate and Ben Watson.

Walter Mazzarri has told his players to treat the Monday night fixture against the Reds as a Champions League final.

Perhaps Mazzarri thinks he’s still at Napoli, a better analogy to compare the fixture against Liverpool might be Championship Play Off Final – Watford don’t really have that calibre.

Nonchalant insults aside, Watford aren’t going to sit back; they’re going to want to get down the throat of Liverpool and there is their problem.

Liverpool play not to defend but to attack and, with the players we have at our disposal in that part of the pitch, it won’t be the most difficult game we’ve had this season but it would be wise to not underestimate Watford, they’re 13th in the Premier League now but they spent a decent amount of time in the top half of the table.

That being said, Liverpool have a much more talented squad and should simply overcome Watford, at the full time whistle, I think the scoreline will be Watford 1-4 Liverpool.

If you’d like to strongly disagree with me or remind me of what I’ve written, and tell me Mazzarri is a genius, you can find me on Twitter – @sigsgomento