Emre Can has received a mix reaction from Liverpool fans since his arrival in 2014. In that time, Can has played 86 games, with 29 of those coming in this year’s Premier League campaign. Can has played in both defensive and offensive roles in the middle of the park, as well as makeshift appearances at right-back and centre-back – but he has undoubtedly excelled in his preferred position of central midfield.

Can has managed seven goals in his time so far at Liverpool, five of which have come this season after Klopp solidified his position in the middle. The manager’s persistence with the German in the middle of the park has helped him progress as a player and become more stable for both club and country.

Can has grabbed a handful of goals this season and he is doing his best to squash his critics. He went one step further in doing that when he bagged the most famous of his seven Liverpool goals to date – a goal of the season contender that came in Liverpool’s 1-0 win over Watford.

The goal was praised by numerous pundits, not least manager Jurgen Klopp, who described the goal as “spectacular”. Afterwards, Can reiterated the victory’s importance, saying that was “a big step” in Liverpool’s search for a top-four finish and that with all the quality the Reds have, they should be aiming for the Champions League.

Can is not liked by everyone, however, and fans at Anfield have given him a mixed reaction. The 23-year-old came under fire in Liverpool’s match against Burnley in March after Ashley Barnes scored the game’s first goal.

Instead of taking their frustrations out on Barnes, Liverpool fans directed their attention and anger towards one of their own. Can was criticised for his first-half performance as his side went into the break 1-0 down. Georginio Wijnaldum slotted home an equaliser and Can continued to prove his doubters wrong, stepping up in the second half to beat Burnley’s Tom Heaton with a wonderful strike. That goal proved to be the difference as Liverpool ultimately won the match 2-1.

Can came to Liverpool with a lot of potential and it seemed that it is finally being fulfilled towards the end of this season. Can’s recent performances have led a number of Liverpool fans to believe the club need to extend his contract before they lose him. Liverpool will want to tie the versatile midfielder down before the end of the season and Klopp is optimistic of a contract extension. 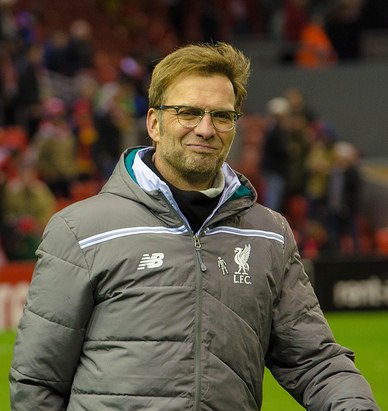 Liverpool are currently third, with two games left to extend the gap between them and fifth-placed Manchester United to more than five points. Their next game is an away fixture at West Ham United, who put a dint in Tottenham’s title hopes last time out.

When the sides met in the reverse fixture earlier on this season, the result was a 2-2 draw. This one is expected to be another great game with plenty of goals. Tipping sites and analysts such as Footy Accumulators football tips think that Liverpool to win and both teams to score is a very likely result for this one.

Liverpool’s most recent result was a 0-0 draw with Southampton. However, that result isn’t much to go by as they have had only had three goalless draws all season in the league; Klopp’s men have scored the second highest amount of goals in the league, with 71, and conceded the most goals in the top seven, with 42.

Can has been important this season and if Liverpool get into the Champions League they will be relying on a squad with strength in depth. Can still has a lot of potential and Liverpool fans may not even have seen his best form just yet.