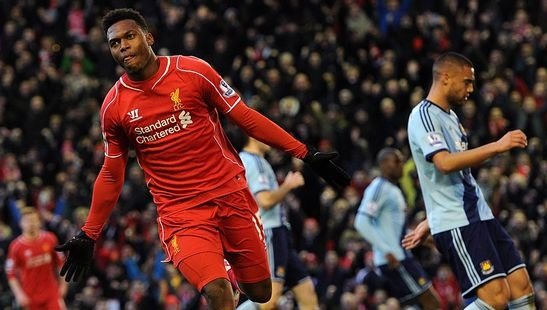 We’re now at the death of the season – there are only two or three games left to play for most sides in the Premier League now and it’s crunch time.

Over this weekend, top four rivals Manchester City and Arsenal collected three points against their opposition and Manchester United are now in high spirits as they head to Stockholm in the Europa League; a competition they laughed at us for being excited about last season, may I add.

So now the ball is in Liverpool’s court. It’s down to us. Anything other than taking all three points away from the Olympic Stadium would be a disaster.

Yes, it wouldn’t be bad to come away with a draw and win our final game but I don’t like depending on our rivals to drop points when they could easily go unbeaten until the final whistle of this season is blown.

We are Liverpool. We need to win.

We’re not doing bad for injuries – besides the expected Sadio Mane we aren’t missing any of our first team regulars as we head down south.

Daniel Sturridge has been training regularly and, having looked very sharp when we’ve seen him of recent, I’d expect him to start along with Phil Coutinho and – maybe – Divock Origi too.

It’s expected that Ragnar Klavan will be available for selection once more this weekend but hopefully we don’t need to defend too much this Sunday anyway.

The Hammers have been dealt a late injury blow as it turns out Andy Carroll will be unavailable for Slaven Bilic going into this weekend’s fixture as the big Englishman has a groin injury.

West Ham could potentially go into Sunday without having Pedro Obiang and Angello Ogbonna and will certain;y be without Mark Noble, Cheikhou Kouyate, Arthur Masuaku, Diafra Sako, Michail Antonio and Gokhan Tore.

Pretty dire stuff apart from that game against Spurs, eh?

People are going to get themselves all anxious about Liverpool’s trip down south this weekend but West Ham aren’t exactly in fine form.

The Hammers are missing several key players and have been grinding out draws with teams they’d have wiped the floor with last season.

They’re weak. Liverpool should find it pretty easy to take points away from the Olympic Stadium – should be the operative word there. We always find a way to make it hard for ourselves.

Don’t forget, Liverpool aren’t exactly playing all that well; a few wonder goals from our stars don’t mean we can grind out results against our hoodoo teams, the bottom half of the league.

I can genuinely see this game going to a draw. West Ham have been playing for draws of late and I think they’ll do the same against Liverpool and we do not deal well with that.

However, I’m feeling optimistic. I think West Ham might get a bit cocky if they grab a goal and open themselves up so I’ll say, at the full time whistle, the score board will read West Ham 1-2 Liverpool.