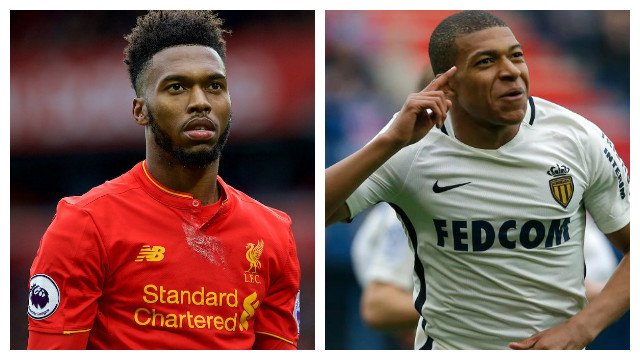 Liverpool boss Jurgen Klopp hasn’t wavered; insisting throughout the season that Reds striker Daniel Sturridge has a future at Anfield, the German stuck to his guns with the same commitment to the perennially injured attacker ahead of the meeting with Middlesbrough FC on Sunday and after securing a spot in the qualifying rounds of the Champions League with an emphatic victory over the North Yorkshire side, the man himself was quick to echo his manager’s sentiments.

“That is for the club to decide, for myself I am enjoying my football. My job is to go on the pitch and put my best foot forward,” explained Sturridge when asked about his future. “There is nothing to discuss really. I have two years left on my deal and I am happy here,” added the 27-year old, putting the record straight. “I would have liked to have played more but I am grateful to the club for the opportunities and the manager has been really nice to me.”

With Champions League football on offer at Anfield for only the second time in eight years, Liverpool are set to make waves in the transfer market this summer as Klopp looks to not only compete on the European stage, but make a sustained title challenge as well. While the top priority should be drafting in some top-class defenders, rumour has it that the Reds are going an entirely different way with AS Monaco attacker Kylian Mbappé on their radar. With 26-goals and 14-assists to his name, the 18-year old is one of the hottest properties in Europe and though reports of a bid from Anfield being turned down by the French champions seems wide of the mark, they haven’t wasted any time in warning off any potential suitors.

“It is part of our model that some players leave but now we are financially much stronger than two years ago,” said Vadim Vasilyev, vice president and CEO of the French club. “With all these young players, we know that their value will never go down because they are so talented and ambitious,” continued the Russian, before directly addressing the matter at hand. “To keep Mbappé? It is our priority,” stressed Vasilyev, leaving no doubts. “I think he’s very happy at Monaco. There’s the World Cup next year — and he’s already in the French national team.”