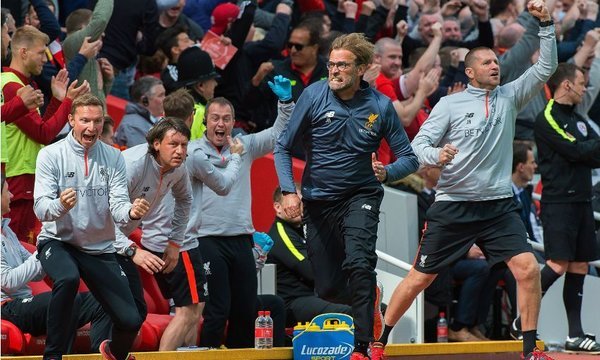 You would be forgiven for feeling a little edgy and nervous as news filtered through that Arsenal had taken the lead against Everton as Liverpool struggled to impose themselves against already-relegated Middlesbrough in the first half at Anfield. It created the daunting scenario that nobody wanted to even think about – Liverpool were set to lose their place in the top four after being there for the majority of the season.

That was until the team finally clicked and put together the one move that lifted the tension and anxiety, with Giorgino Wijnaldum’s excellent strike right on the stroke of half-time after good work from Nathaniel Clyne and Roberto Firmino providing the breakthrough that we so desperately needed. From that moment, Liverpool never looked back as Jurgen Klopp’s men took full control, with Philippe Coutinho’s freekick and Adam Lallana’s well-taken goal securing a comfortable 3-0 win as Middlesbrough failed to offer anything in the second half. The visitors may feel aggrieved at not being awarded a penalty when the game was scoreless, but it is three points. Job done, Champions League football secured.

Klopp looked visibly relieved as his team took control of a game that they had to win, and although it took a while for Liverpool to find their groove, better late than never – especially given what was at stake. We will have to wait to see who we face in the Champions League play-offs, but you would much rather be in our position than Arsenal’s who now have to deal with playing in the Europa League. Thursday and Sunday matches can often be difficult to navigate, but even though Liverpool may not be amongst the strong favourites with Bookmaker Ratings to win the competition, being back in the Champions League for the first time since 2015 is mission accomplished as far as Klopp and the players are concerned. It will hopefully provide the foundations for the club to establish itself alongside Europe’s elite sides once again, and given that it could be only our second adventure in the Champions League in the last seven years, it is long overdue that Liverpool make a strong return. 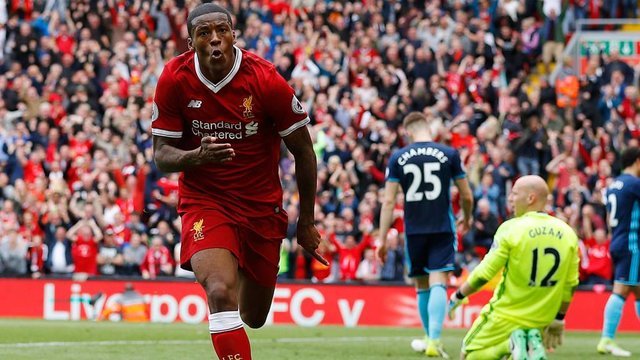 Finishing in the top four should certainly be considered an achievement, but the real work begins now for Klopp and the players. Liverpool had the luxury of focusing solely on the Premier League and the domestic cups, while our closest rivals had the added distraction of European football to contend with. We now have to find a way of competing on up to four fronts, but Klopp will be more than aware from his days at Borussia Dortmund that Liverpool will need to strengthen, both in terms in quantity and quality, this summer. It could be a huge few months of transfer activity across England, with so many times likely to spend big amounts of money in an effort to enhance their chances of winning the league title and triumphing in Europe. Fans may wish to wait and see what type of business Liverpool carry out and read the bookmaker reviews on Bookmaker Ratings before they have confidence in backing the Reds to win silverware next season, but Klopp will know what changes need to be made after overseeing his first full campaign in charge.

A strong summer in the transfer market would certainly set Liverpool up for a Champions League campaign, and given that we will be seeded when the draw for the play-off is made, you would have to fancy our chances of making the group stages. However, Klopp’s biggest challenge next season may be attempting to push us closer to our first Premier League title since 1990; finishing fourth in the table can only be used as the foundations to finish higher in 2017/2018, and with the right signings, a strong title push is certainly within our capabilities under Klopp.