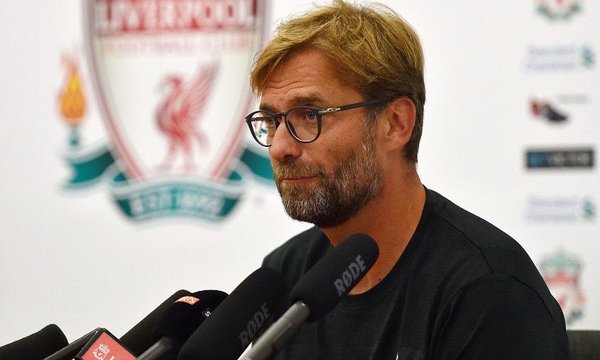 With talks ongoing over the future of AS Roma winger Mohamed Salah and potential moves for the likes of Southampton defender Virgil van Dijk, Lyon forward Alexandre Lacazette and RB Leipzig midfielder man Naby Keita in the pipeline, Liverpool are prepared to spend big this summer as they look to challenge both domestically and in the Champions League next season.

“It’s easy to say what the people measure me against – titles and trophies some day and, of course, against subjective successes like Champions League participation,” said Reds boss Jurgen Klopp told German magazine Kicker, hinting that the Anfield outfit are ready to ready to reinforce the squad without worrying about their bottom line. “I was indeed made aware last summer that you won’t get a badge for a positive transfer balance.”

Despite the hefty price-tags attached to the likes of Saints attacker Sadio Mane and Newcastle United midfielder Georginio Wijnaldum, Liverpool actually turned a profit on players last summer with the sale of Christian Benteke to Crystal Palace helping them offset a hefty chunk of change. That, of course, could happen again this year if they’re able to offload Mamadou Sakho for anywhere near the £30mil they’re apparently asking for him, but it sounds like no one at Anfield is going to be counting the pennies. Earlier in the season the Reds were challenging eventual Premier League champions Chelsea at the top of the table only to see the pressure eased when a poor run of form following the turn of the year gave the Blues free reign of the top spot — something that the Liverpool boss attributes to their inability to draft in a new winger over the winter.

“We did not have a squad able to avert this (poor run) at that time,” explained the German. “We could have certainly used a new player, for instance an attacking winger,” added Klopp, reflecting on just how tight the market was in January. “And we tried in the winter, but the right one was either not available for us or just not there.”