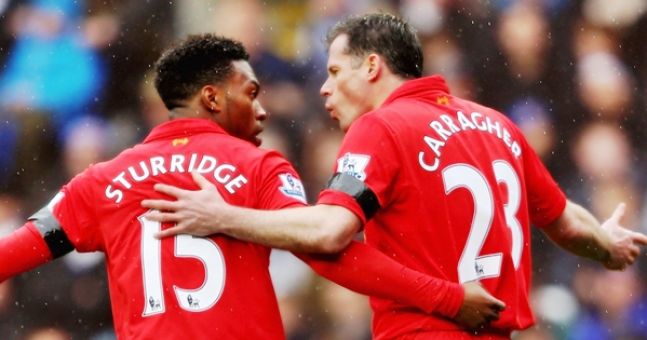 Liverpool legend Jamie Carragher’s inability to keep his opinion to himself is one of the most entertaining parts of his job as a pundit for Sky Sports, but his insistence that the Reds should look to part ways with perpetually injured striker Daniel Sturridge ending up getting him a talking to from the man himself during the club’s trip to Australia.

“As soon as I got on the plane, I could see Sturridge wasn’t his normal self with me. And he pulled me in Australia after the game, or at half time when we’d come off,” explained the former Liverpool defender going to reveal that the Reds attacker asked him to explain his comments. “He wasn’t too happy that I’d said that, but my point was that a player of his quality, you either play or you go. If I was him, I wouldn’t want to be on the bench, and from Klopp’s point of view there is nobody else on the bench he could get money for, if he needed say £20mil or £25mil,” continued Carragher, justifying his position. “Listen, you could still keep him. If Daniel Sturridge is happy playing 25 games next season, you are not going to get many sub strikers with his quality.”

Although a rumoured exit has been rubbished at each and every turn, the club is set to sit down with the 27-year old to discuss the future. Interest from the likes of Arsenal, West Ham United and Southampton has followed Sturridge throughout the season and the Reds apparent interest in bringing in attacking reenforcements — with talks ongoing between the club and Mohamed Salah as well as a concrete interest in Lyon forward Alexandre Lacazette — could very well hint that his time at Anfield is drawing to a close.

“I was happy he said it. It’s fair enough; we give stick out, and plenty of praise too, so who are we to say that someone can’t have an opinion on us? He didn’t come across like a player who was looking to get out, I have to say that!,” stressed Carragher. “I played with him. He’s always had that thing about him that he’s moody or difficult. I never saw it,” continued the Sky Sports pundit, going on to put any concerns over Sturridge’s fitness off to one side. “He maybe can’t do it, or he’s looking after an injury. But what he can still do is be electric around the box. You think of Defoe, what he’s done the last three or four years. He doesn’t run everywhere but he’s still electric in the box, and that’s what Sturridge will still have; quick feet in the box, get a shot off quick, be sharp, he’ll always have that.”