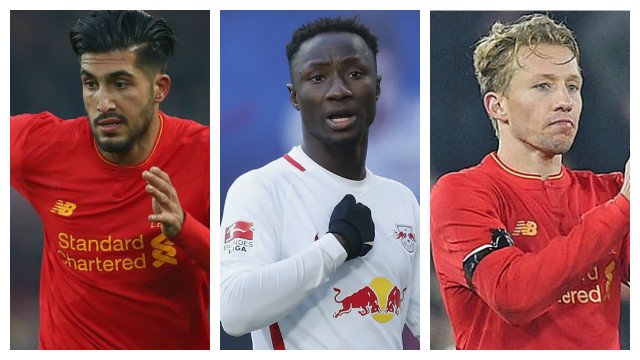 Most of the talk around Liverpool right now should do with the Reds adding players to both the front and back of the park, but over the summer there’s the potential for a real shake-up in the middle as well with the Anfield outfit looking to hang on to their best players and add some quality options as well.

Ready to take advantage of the financial boost that comes along with Champions League football, Liverpool boss Jurgen Klopp is making his intentions known early on with the club already in talks with a number of potential targets.

Frozen out in January, the club aren’t about to make the same mistake; the transfer market moves fast with deals spinning like the slots at Spin and Win Casino! At the best online casino, you can be like your favourite football player by playing exciting Football themed games. For instance, start your game play now by kicking some balls and remembering the best football moments by playing Goal! Slot, Football Star, Cup Carnival Slots and Golden Goal Progressive Slots!

Rolling in to the final 12-months of his contract, Reds midfielder Emre Can still hasn’t put pen to paper on his new deal and though he’s wholly expected to stay at Anfield, there have been whispers that his agent has been talking with Champions League runners-up Juventus. His place in the side rather money seems to be the sticking point, but with Liverpool captain Jordan Henderson the preferred option in the deep-lying midfield role, things could get complicated.

“I think it is no secret how much I like Emre. He likes the club and that is a completely normal situation,” said Klopp when asked about Can’s contract. “We are in talks and there is absolutely no pressure, it is all good. It is two partners with big respect for each other,” explained the German, easing any talk of tensions between the two sides. “If we can keep good players that makes sense for development and he is one of these good players. I am quite positive.”

If that goes sideways and Can trades Merseyside for Turin, Liverpool already have a Plan-B with RB Leipzig midfielder Naby Keita in their sights. The Guinean helped the Saxony side finish runners-up in the Bundesliga, but prizing him away from the Saxony side will be quite a bit more complex — and not quite as fun — as playing football themed slots.

“We’re not thinking about selling our best players this summer,” stressed Leipzig sporting director Ralf Rangnick when asked about interest in Keita. “There’s no red line for us,” he continued, doing his absolute best to discourage potential suitors. “We will keep our team and improve it in several positions.”

While everything surrounding Can and Keita now is nothing more than speculation, one player that appears to be on the move is long serving Liverpool midfielder Lucas with the 30-year old eying a transfer back to his native Brazil — a move he had the option of making over the winter.

“There was an offer from Gremio in January but I wanted to complete 10 years at Liverpool,” explained the Reds veteran, forever loyal to the cause. “Now in the window we had a conversation, but nothing official,” added Lucas, speaking to Radio Atlantica. “I do not hide my desire to return to Gremio, but there are several factors.”

It’s going to be a long summer, isn’t it?