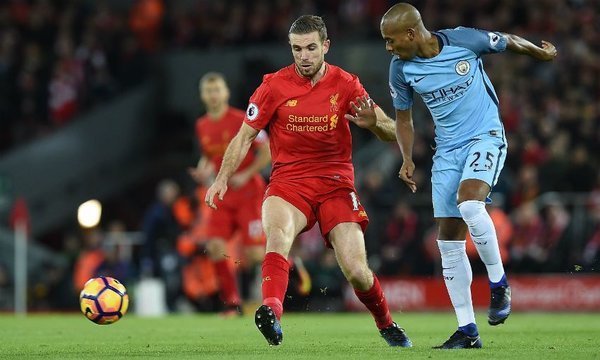 Although they missed out on adding any silverware to Liverpool’s already impressive haul, Reds captain Jordan Henderson is looking at their top-four finish as a springboard for the club to achieve bigger and better things next season.

“To do that is a big achievement,” explained the skipper. “Everybody was over the moon that we got in the top four. Now we’ve got to go and win the play-off to actually get into the group stages of the Champions League,” continued Henderson, knowing that the job still isn’t quite done. “Of course we’d have liked to win something as well but you’ve got to take one step at a time and that is a big achievement,” added the former Sunderland man. “Since I’ve been here, we’ve only been in the Champions League once. It’s a good step in the right direction for us and it’ll help us develop as a squad.”

Development, of course, often comes through recruitment and since the Reds secured a top four finish, it’s given the Anfield outfit the kind of draw they’ve been lacking over the past couple of years. While the whole Virgil van Dijk debacle looks to have killed off their chances of signing the influential Dutchman, Liverpool boss Jurgen Klopp looks set to complete the signing of AS Roma man Mohamed Salah later this week with the two clubs finding a compromise over the Egypitan’s fee. By the time they kick-off their Champions League qualifier we could be looking at a vastly changed side, but regardless of who comes and who goes, Henderson believes this is a team very much on the up.

“We’re getting better and we’re improving in all aspects of the game,” stressed the 26-year old. “We’re becoming more mature as a team and improving on the training pitch – listening to what the gaffer has got to say on how we can improve as a team and individuals,” said Henderson, hailing the influence Klopp has had on the squad. “Everybody has taken that on board throughout the season and everybody has been working really hard. And you get your just rewards at the end of the season, with getting the top four.”