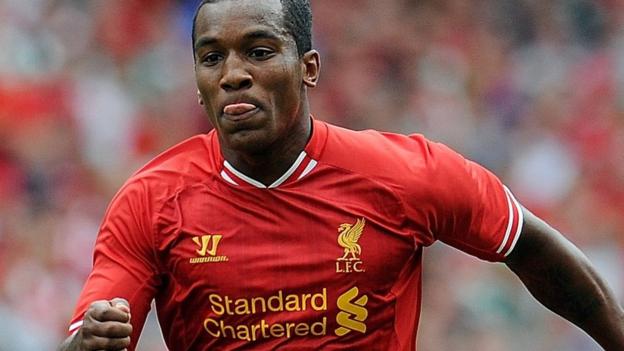 After turning down an offer of £1mil for Liverpool defender Andre Wisdom, the club look set to let the 24-year old leave on a permanent basis after Championship side Derby County upped their bid to somewhere in the region of £4.5mil — a fee that’ll be dependent on all the increasingly common appearance and performance criteria.

This, of course, comes as little surprise; sent out on loan for the last four seasons running, it became increasingly obvious that Wisdom had no future at Anfield with Reds boss Jurgen Klopp most recently sending him out to Austrian outfit Red Bull Salzburg. On the back of securing a league and cup double in the Bundesliga, the 24-year old will make a return to Pride Park and add some steel to the Rams back line as they look to put their promotion problems behind them in a bid to seal a spot in the top-flight next year.

Having made 34-appearances for Derby under then boss Steve McLaren during the 2013/2014 season, the versatile defender has since spent spells with Norwich City, West Bromwich Albion and Salzburg en-route to returning to Derbyshire. Set to snag £2mil initially, Liverpool spurned interest from fellow Championship side Birmingham City as well as Scottish champions Celtic after Wisdom was convinced to return to Pride Park by Rams boss Gary Rowett.

The Reds may need more players to meet the demands of both European and domestic football for the coming campaign, but it looks like the 24-year old hasn’t done enough to work his way into Klopp’s plans for the future. The German manager said he was going to shake-up the squad this summer and Wisdom probably won’t be the only defender moving on with the likes of Mamadou Sakho and Jon Flanagan still waiting to see what the future will hold for them.