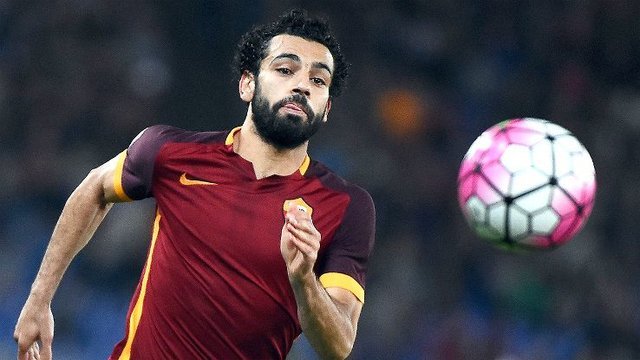 After reports out of Egypt on Sunday seemed to confirm that Liverpool and AS Roma had finally found common ground in their ongoing talks over Reds top target Mohamed Salah, it looked like the the winger’s protracted move to Anfield would be wrapped up sooner rather than later.

While that might still be the case, the Egyptian’s agent isn’t playin’ and took to Twitter to take a swipe at the raft of “fake news” that’s been floating around. A picture of the 25-year old and a fan — who claims to be friend of the winger — started doing the rounds on social media with the caption “I’ve been supporting Roma for you, but when you are in Melwood of course you’ll never walk alone. The Egyptian diamond is ready to move toward another palace” suggesting that the deal was done and dusted. That sounds good and all, but according to someone who’s actually close to him, that isn’t the case at all.

“It’s amazing what one fan picture, along with a stab-in-the-dark caption, will lead many to believe,” said Salah’s agent Ramy Abbas Issa, going on to include the ever pertinent #fakenews hash-tag to avoid any confusion about what he was tweeting about.

Seeing their initial offer of £28mil rejected by the Giallorossi, Liverpool have been working hard to make the Salah deal happen, but the two clubs have been unable to find a compromise up to this point with the Serie A side unwilling to budge on their unrealistic expectations. Of course, that’s their prerogative — Roma sporting director Monchi drives a notoriously hard bargain — but if what we’re hearing is true and the supposed £35mil bid tabled by the Reds has been accepted, he could be set for a medical as early as Tuesday. Really, at this point, until someone snaps an out of focus shot of him getting out of a ludicrously expense car in the Melwood parking lot, any news needs to be taken with a grain of salt. And, of obviously, another shot of tequila.