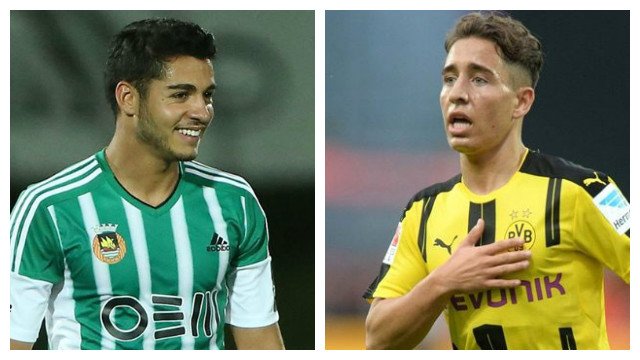 With a move for Fulham kidddo Ryan Sessegnon apparently off the table, Liverpool’s search for a natural left-sided fullback goes on with FC Porto wonder-kid Rafa Soares the latest to be linked to the vacant spot on the Anfield flank.

“I know I’ve been followed by English clubs especially after our campaign. Liverpool are a great club and to be linked is an enormous honour for me,” said the young defender, speaking to Omnisport. “I followed Liverpool from young age and I shiver every time I listen to You Never Walk Alone, it’s unique! Liverpool are famous and popular in Portugal where people value the history of a club,” explained Soares, pushing all the right buttons. “I’m naturally flattered, but I’m a Porto player and focused on succeeding here,” he added, throwing a spanner in the works. “My main goal is to establish myself and get first-team football. I feel ready and confident that after my last season I will be given a chance.”

Having impressed while out on loan with fellow Primeira Liga side Rio Ave, the 22-year is being tipped as one for the future, but with UEFA’s ever present Financial Fair Play rules putting a damper on Porto’s summer, he could very well be sacrificed in the name of balancing the books. Along with Soares, there could be another promising youngster up for grabs this summer with Borussia Dortmund giving Turkish winger Emre Mor permission to speak to other clubs with a view to going out on loan next season. Liverpool, of course, missed out on the 19-year old last year, but Reds boss Jurgen Klopp’s connection with the German side could see him pop up at Anfield — albiet on a temporary basis — one year later.

“Dortmund still want Emre however, they are not against him leaving on loan either,” his agent, Muzzi Ozcan, told Turkish-Football. “We have been permitted to hold talks with other clubs regarding a move,” confirmed Mor’s representative, a smart play that’s sure to generate a ton of interest in his client. “There will be a meeting over his future where we will go over what to do next.”