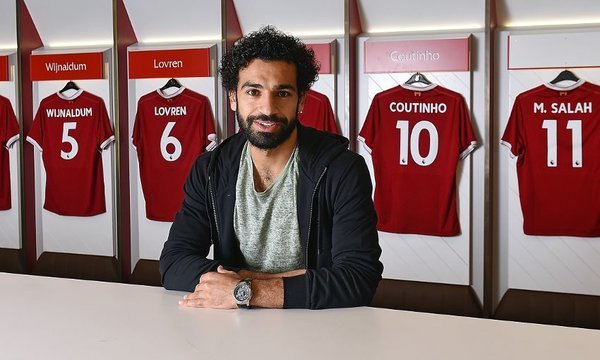 Making the move from one club to another for a hefty chunk of change brings with it an obvious shot of ego for the modern footballer, but it can also unleash a whole hash of problems. Liverpool, of course, have had their fair share of players that have failed to “live up to their fee”, but after they shelled out large to bring in highly rated winger Mohamed Salah from AS Roma, Reds legend Luis Garcia doesn’t think the Egyptian’s name will be added to this dubious list.

“He has everything to be successful at Liverpool. We have fantastic players in the team. Playing for Liverpool always comes with a lot of pressure, fans across the world are following you,” the Spaniard told Omnisport, doing nothing to dampen expectations. “You have to give 120 per cent, but I think he has everything to do a good job. I think the team need someone like him. It’s not about the money. It’s about how he will adapt to the team, to the philosophy of the club and playing under Klopp,” explained the Champions League winner. “It depends on how he arrives. But of course, if you bring in someone with that name, with the background like Salah, you know they are always going to add something.”

Under utilitized by then Chelsea boss Jose Mourinho during his short spell at Stamford Bridge, Salah has since recaptured his scoring touch. Finishing runners-up to eventual Serie A champions Juventus last season, the 25-year old bagged an impressive 19-goals and 7-assists, playing all across the front line in a fluid Giallorossi attack that produced some truly stunning football.

“He’s perfect for Liverpool. The football of Jurgen Klopp is exactly for him,” said former teammate and FC Basel sporting director Marco Streller, speaking with ESPN FC. “As a striker and also for the players who play the ball behind the defenders, he was so important. He was always in movements, and he worked a lot for the team — not just in offence, but also in the defence,” explained the former Swiss striker. “He was the fastest player I played with, for sure. It was amazing. He was so fast that when my pass was not always good, he would get it.”