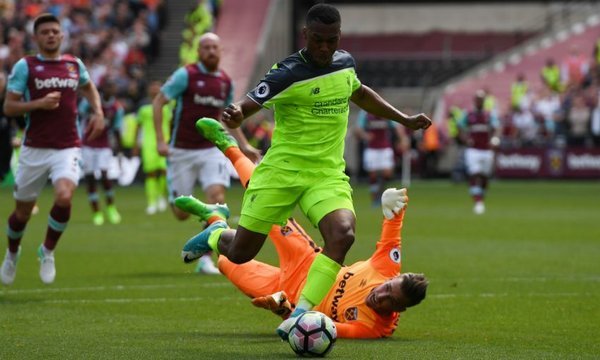 While there was relatively little surprise when Liverpool striker Daniel Sturridge ended up sitting out England’s summer fixtures after picking up a knock in the Reds pretige friendly with Australian side Sydeny FC, there were one or two raised eyebrows over the weekend when the 27-year old revealed that he’d started pre-season training already — a whole week ahead of the rest of the squad.

Making a mere 7-starts in the Premier League last season with a number of injuries and a lack of match sharpness hampering him over the campaign, Sturridge looks to be a cross-roads in his Reds career. Tipped time and again to leave the club this summer, the striker is clearly trying to get out in front of his fitness problems with the extra time in the gym clearly designed to either boost his prospects of forcing his way back in to the first team picture or convince potential suitors that he’s worth taking a punt on.

“For all of us, it was unlucky that, at important moments, he was not available,” explained Reds boss Jurgen Klopp back in April, speaking to the press ahead of a meeting with West Ham United that’d see Sturridge score in his first start since January. “That was not his fault. It was not my fault,” added the German, keen to avoid pointing fingers and move past whatever narrative the media had dreamed up regarding their relationship. “It was only the situation.”

Both the player himself and the manager has insisted time and again that he’ll be a Liverpool player next season, but with talks set to happen over the summer, that might not be the case. Heavily linked with a move to West Ham United, Sturridge could very well end up leaving Anfield this summer — at, at this point remains to be seen, but him getting back to the gym a bit early is a win – win situation all around. Should he stay and fight for his spot, the 27-year old could be a massive asset as the Reds look to secure their place in the Champions League proper and should he leave, a fully fit player always demands a better price than one who’s crocked…