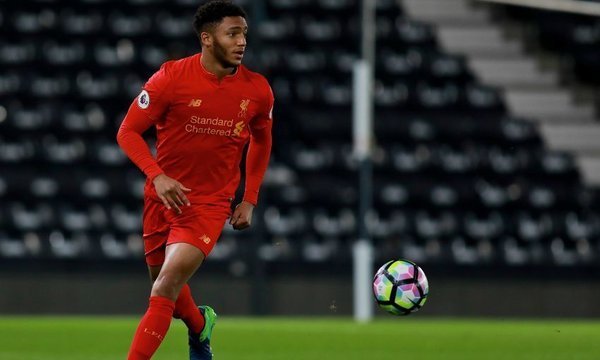 Liverpool youngster Joe Gomez could be set to join newly promoted side Brighton & Hove Albion on a season-long loan. However, Reds boss Jürgen Klopp will not rush on a decision and will assess Gomez during pre-season.

Following the 20-year-olds arrival to Anfield by former Liverpool manager Brendan Rodgers in 2015 from Charlton Athletic, the U21 England international has been hit with great misfortune whilst with the Reds. A cruciate ligament injury in October 2015 seen the, at the time, 18-year-old side-lined for the rest of the 15/16 campaign. Following a Achilles tendon issue in late November, Gomez was side-lined for another lengthy period.

Joe Gomez will now be fighting for a place in Jürgen Klopp’s plans for the upcoming campaign when the Reds return for pre-season next week.

With only 5 first team games to his name, a loan move to another premier league club would be an ideal option in order for Gomez to have a run of first team games in the premier league. With the rumours of a potential move for Southampton’s Dutchman Virgil Van Dijk still ongoing, the 20-year-old would be unikely to feature in the first team on a regular basis.

There is no question that Gomez has the potential ability to lead the defensive line for the Reds after impressing in his very few matches under Rodgers, especially with his ability to cover the full-back position. Certainly, game time with the Seagulls would prove beneficial with his current development, and could gain some valuable skills whilst at the Amex Stadium.

However, Jürgen Klopp may be forced into holding on to Gomez should the German fail in his attempts to secure a suitable centre-half this summer. Even if the 50-year-old recruits a fist-team centre-back, Gomez could prove useful in the left-back position with only James Milner and Alberto Moreno suitable options. Klopp rejected an 11 million pound bid from Napoli for the former Seville full-back as he is holding out for at least 15 million for the Spaniard. Should Moreno depart Anfield, Joe Gomez could be called upon if Klopp does not sign a new left-back in the transfer window.

Ultimately, a loan move to Brighton for young Gomez would undoubtedly be beneficial for both Liverpool and Joe Gomez.